Five years ago today four suicide bombers took the lives of 52 people in London. They may believed it was some sort of blow a blow for justice against the evils, real or perceived, committed by Britain against fellow Muslims but it was murder, simply murder. The bombers made no attempt to strike against the machinery of state. They chose instead to destroy the lives of ordinary Londoners.

As Mayor Ken Livingstone put it:

“ This was not a terrorist attack against the mighty and the powerful. It was not aimed at Presidents or Prime Ministers. It was aimed at ordinary, working-class Londoners, black and white, Muslim and Christian, Hindu and Jew, young and old. It was an indiscriminate attempt to slaughter, irrespective of any considerations for age, for class, for religion, or whatever.

That isn’t an ideology, it isn’t even a perverted faith - it is just an indiscriminate attempt at mass murder and we know what the objective is. They seek to divide Londoners. They seek to turn Londoners against each other Londoners will not be divided by this cowardly attack. They will stand together in solidarity alongside those who have been injured and those who have been bereaved.”

Ken Livingstone’s analysis was utterly correct. It was an evil act committed by deluded people. Nothing can justify what the bombers did. And they failed. Their sick and cowardly act has not cowed Londoners. It re,aims a rich and vibrant city and not a place of fear as the bombers hoped.

The BBC still maintains a list of the dead along with brief biographies. Here is just one of them: 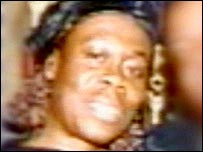 The death of Gladys Wundowa, 50, prompted a visit from the president of her native Ghana at her family home in Chadwell Heath, Essex. The mother-of-two died from injuries sustained on the number 30 bus in Tavistock Square. President John Kufuor, on his way back to Ghana from an official visit to Jamaica, shared his condolences with her husband, Emmanuel, their 16-year-old daughter Azuma, son Zakari, 14, and other relatives and friends.

On 7 July, Mrs Wundowa, who had lived in London for 18 years, finished her cleaning job in the department of civil and environmental engineering at University College London at 0900 BST and was heading towards Hackney on the bus, for a meeting to do with her housing management course.

Her husband, an architect who was working as a security guard, watched the news on television and became concerned when his wife failed to arrive home. After three days of searching, the family received confirmation that she was dead. One year on, Mr Wundowa said the sense of loss was greater than ever. The couple had made plans to move back to Ghana and live in a house they were in the process of building. "She never had a problem with anyone. She would give her last dime to make you comfortable. And cheerful, always smiling." Mrs Wundowa also volunteered at a charity which helped African immigrants to settle in London, and she was heavily involved in Downs Baptist Church in Hackney. She was buried in her home village in Ghana, where 2,000 mourners attended her funeral.

I defy anyone to tell me that Mrs Wundowa's death aided the cause of the radical islamists one iota.
Posted by jams o donnell at 8:16 pm

In 2002, 8 years ago, a study estimated that there were some 4.2 million CCTV cameras in Britain. They are every where, making the British probably the most surveilled people in the world.

And what did it help (five years ago)?

Not a bit but then I doubt it could have

Very sobre and distressing information! And we claim to be so much more civilised than our forebears! Hmmmmph!

Interesting how Livingstone changes his tune when violence is at his door. Plenty of people have gripes but you don't see them butchering people going to work.

The terrorists were spoiled upper middle class brats, not that poverty is an excuse. Most of the time terrorists are in fact upper class to at least middle class. Bill Ayers was Little Lord Fauntleroy playing terrorist.

I know what you mean Gemma. Advances in civilisation hardly bring improvements in behaviour!

I've never been a big fan of Livingstone but he caught the mood of the city.

If I hadn't decided to wait out a short rain shower before setting off form home I might well have been on the Aldgate train. I remember that day vividly. I had just arrived at Liverpool Street station as the city locked down.

I don,t think think I felt more useless than on that day.

As for the bobmers they were simply scum. Those who lauded their actions were and are scum

is it really that long ago?

As you say, there was no cause; it was simply crime. evil and vicious.

Time does fly Liz. There is no other description

Well done for highlighting it, jams. What a terrible waste of life.

Thanks Welschakes it sadly was