The Guardian's  Comment is Free section has more than its fair share of jerks and arseholes. Sometimes commenters do make interesting points as with this one by Mike Harris

As of this morning, the internet in Belarus got smaller. A draconian new law is in force that allows the authorities to prosecute internet cafes if their users visit any foreign sites without being "monitored" by the owner. All commercial activity online is now illegal unless conducted via a .by (Belarusian) domain name, making Amazon and eBay's operations against the law unless they collaborate with the regime's censorship and register there.

Belarusians who allow friends to use their internet connection at home will be responsible for the sites they visit. Some have tried to defend the law, stating all countries regulate the internet in some form – but the Belarusian banned list of websites contains all the leading opposition websites. The fine for visiting these sites is half a month's wages for a single view.

Lukashenko attempted to destroy the political opposition after the rigged 2010 presidential elections. Seven of the nine presidential candidates were arrested alongside thousands of political activists. The will of those detained was tested: there are allegations that presidential candidates Andrei Sannikov and Mikalai Statkevich have been tortured while in prison. The opposition is yet to recover; many of its leading figures have fled to Lithuania and Poland.Within this vacuum of leadership, the internet helped spur a civil society backlash. After the sentencing of the presidential candidates, a movement inspired by the Arab spring "The Revolution Via Social Networks" mushroomed into a wave of protests that brought dissent to towns across Belarus usually loyal to Lukashenko. As the penal code had already criminalised spontaneous political protest with its requirements for pre-notification, the demonstrations were silent, with no slogans, no banners, no flags, no shouting, no swearing – just clapping.

"The Revolution Via Social Networks" (RSN) helped co-ordinate these protests online via VKontakte (the biggest rival to Facebook in Russia and Belarus with more than 135 million registered users). RSN splits its four administrators between Minsk and Krakow to keep the page active even when the state blocks access to the page, or the country's secret police (hauntingly still called the KGB) intimidate them.

The protests were so effective at associating clapping with dissent that the traditional 3 July independence day military parade was held without applause with only the brass bands of the military puncturing the silence. As lines of soldiers, trucks, tanks and special forces paraded past Lukashenko and his six-year-old son dressed in military uniform, those gathered waved flags in a crowd packed with plain-clothed agents ready to arrest anyone who dared clap or boo.

The new measures coming into force today merely build upon earlier restrictions. The official position of the Belarusian government from the operations and analysis centre of the presidential administration is: "The access of citizens to internet resources, including foreign ones, is not restricted in Belarus." Yet, in reality the government blocks websites at will, especially during protests. Just after Christmas, the leading opposition website Charter 97 was hacked, its archive part-deleted and a defamatory post about jailed presidential candidate Andrei Sannikov published on the site. The site's editor, Natalia Radzina, who has faced years of vile death and rape threats and escaped from Belarus after being placed in internal exile last year, says she has "no doubt" that the government was behind the hack. This is one of a series of attacks on Charter 97, which include co-ordinated DDOS (denial of service) attacks orchestrated by the KGB through an illegal botnet of up to 35,000 infected computers worldwide.

Today marks yet another low in Belarus's miserable slide back to its Soviet past. Clapping in the street is now illegal. NGOs have been forced underground and their work criminalised.Former presidential candidates languish in jail. The internet is the last free public space.
Lukashenko will do all he can to close down this freedom. In Europe, the battle has opened between the netizens of Belarus and its government. Who wins will be a matter of interest for us all. 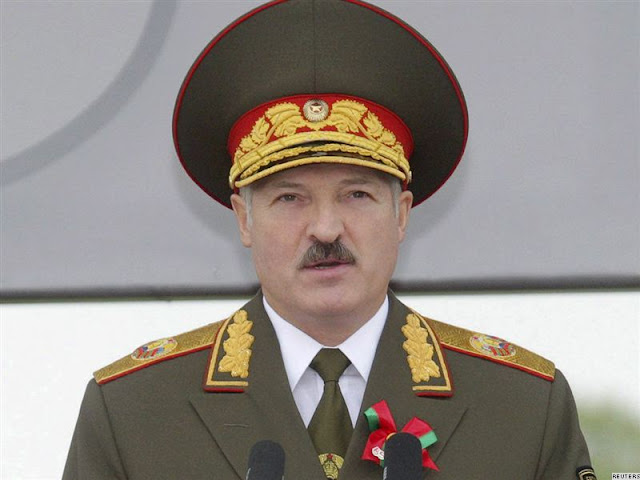 As they say: big hat, tiny dick
I would laugh at the revolting little shit bag if he was not the dictator of  the last Stalinist state in Europe. Hopefully the little maggot-cocked inadequate will  be deposed, after which I hope he does not face the vile treament he has meted out on his opponents ... even if my gut reaction is to hang the bastard from a street lamp with piano wire

Lubyankashenko, I hope, will be consigned to the dustbin of history
Posted by jams o donnell at 10:42 pm

Meanwhile I'm worried the SOPA bill will be passed in the US.

Freaking Lukashenko surely needs some action upon his maggoty mug.

Yeah, and SOPA stinks to high heaven too.

There may come a time when he will be lucky just to get that!