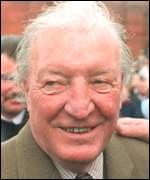 This week saw the death aged 80 of Charles Haughey, one of the most controversial figures to hold the position of Taoiseach (Prime Minister). Although he helped lay the foundations of Ireland’s economic surge he was a man who was equally loved and loathed: Set out below are exracts from obituaries from Irish Independent and the Belfast Telegraph:

From A Legacy of Contrast (Irish Independent)

CHARLES J HAUGHEY has died after a protracted struggle against illness which he fought with typical style and courage. The controversies which surrounded him, and which he often provoked, are still current. His place in history is already the subject, not so much of speculation as of rival but confident assertions. In the immediate aftermath of his death, his career must be assessed and an attempt made to analyse his character, his achievements and failures, and the likely verdict of history. For 30 years, he was one of the most prominent, one of the most capable - and one of the most dazzling - figures in Irish politics. For much of the period, he dominated the scene.

He has left behind him a legacy of concrete achievement. He improved the lot of pensioners. He did admirable work for the arts. He introduced the Succession Bill, which ended the injustices previously inflicted upon widows. This man is remembered by many for his imagination and compassion yet his flaws made themselves apparent from the very beginning of his political career.

In 1970 he made a colossal error of judgment. His involvement in the Arms Crisis seemed to have destroyed his career. But with ruthless perseverance he fought his way back and beat George Colley in the leadership contest of 1979. He then went on to survive no fewer than three major attempts to overthrow him.

When forced out of office, he left with dignity. But there was no dignity in the events that followed. Piece by piece, the story emerged of how he had financed his grandiose lifestyle. It is a shameful story. This man, who thought himself a superior being, had lived on secret handouts from a golden circle. And that is infinitely sad. Charles J Haughey was a man of whom his country should have been proud. We are mourning a man of enormous ability. We should be mourning a man of integrity.

Let the many fine things he did stand on the record. But our country, as a country, cannot blink the dark side of the register. His flaws were deep, his errors harmful. We tolerated them. And we are left with a disturbing thought. How much more might he have achieved if he had had as much probity as talent?

From Haughey a man of tarnished reputation (the Belfast Telegraph)

Time will tell whether Bertie Ahern (the current Taoiseach) is correct in his assessment that the ultimate judgment on Charles Haughey will be a positive one. In death, as in life, he has sharply divided opinion among the political parties in Northern Ireland.Unionists never forgave Mr Haughey for his infamous description of Northern Ireland as "a failed political entity", while nationalists credited him with laying the groundwork for the peace process. He was a roguish charmer but in the final analysis he was a fatally flawed character.

The son of a Co Londonderry IRA man, the devious Mr Haughey was never far from political, personal or financial controversy. By rights, his Fianna Fail career should have been over in 1970 when he was charged with conspiring to import arms for the Provisional IRA. Mr Haughey was acquitted and made one of the most dramatic comebacks in Irish political history, going on to serve as Taoiseach in three Dails. But the Arms Trial left an indelible stain on his character as far as unionists were concerned.

Despite his hardline approach, Mr Haughey managed to develop an initial rapport with Margaret Thatcher in the late 1980s. The relationship was derailed by Mrs Thatcher's firm stance on the hunger strike and the Falklands War, but arguably the seeds of a new Anglo-Irish understanding had been sown. For all that, the antagonistic Mr Haughey was not someone with whom unionists could have done business. His successors, Albert Reynolds and Bertie Ahern, have shown a much greater empathy with unionist sensitivities. For too many years, Mr
Haughey displayed an ambivalent attitude towards militant republicanism, something which can be seen as one of the factors which delayed the day when the IRA finally accepted that violence was not the answer.

In the Republic, Mr Haughey helped to turn the economy round with a number of reforms, which helped create the right conditions for the Celtic Tiger boom. But his personal standing was diminished when it emerged that the Taoiseach who had urged people to tighten their belts was himself enjoying an extravagant personal life.

Mr Haughey was a complex character who inspired a love-hate relationship among the people of Ireland. He was a man of ambition and ability but he cut so many corners that his integrity was undermined. Those who pay tribute to him at his State funeral should be measured in their praise.
Posted by jams o donnell at 8:29 pm

AHHHH, further proof that the glut of unscrupulous politicians is Universal. Good. Misery loves company, and us Americans shouldn't have to suffer alone.

Your blog provides a little bit o' education, for topics I wouldn't normally peruse. Thanks, jams!

Oh yes..I doubt there are many places where the politicians do not at least occasionally dip their snouts in the troughs.. Hiho..

Mr. Haughey's greatest contribution to the world, as far as I'm concerned, is the way he forced snotty newsreaders and presenters to sound as if they were hawking up a big gloop of phlegm, every time they said his name.

BTW, I've updated and redesigned my blog, but the new template image is pants, so it'll be going just as soon as I've created a new one.

And in the Unionist press they would have spat it out just after saying his name!