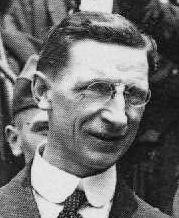 Irish neutrality during World War II remains a highly controversial subject and there have been numerous accusations over the years that Eire took a highly pro German stance, citing inter alia:

• The refusal to allow the Royal Navy to use the former “Treaty Ports” at Lough Swilly, Berehaven and Cobh. These were sovereign bases retained by the United Kingdom after the Irish Free State gained independence

• The provision of refueling facilities for U Boats

• The condolences offered by DeValera on the death of Hitler

The first three points can be dismissed easily:

• The Treaty ports were returned to Ireland in 1938 and for Eire to offer them for use during wartime would have been a breach of their neutrality. There is no doubt, however, that they would been of use to the Allies during the Battle of the Atlantic.

• Eire was utterly dependant on Britain for oil products during the war. Any suspicion that the oil was being used to aid the Axis war effort would at the very least resulted in the cessation of supplies. The Spanish government on the other hand did turn a blind eye to the clandestine re-provisioning of U boats in Vigo.

• The Irish Army did make use of the Coal Scuttle helmet from 1927 until about 1940 when the British style helmet was adopted. It is of interest that the “German” helmets were made in the UK by Vickers!

The last item is a matter of historical record and has been used to paint De Valera as a Nazi sympathizer ever since.

On 2 May 1945, Eamon de Valera called on Eduard Hempel, German Minister to Ireland, to express his condolences on the death of Adolf Hitler. The visit created a storm of hostile coverage in the American and British press. While De Valera's protested that his action was consistent with protocol requirements he found himself in the unsavoury company of Franco and Salazar who also expressed condolences.

Why did De Valera do it? Germany had lost the war and such an act was certain to antagonize the victors. While he certainly showed appalling political judgment, rigid adherence to protocol seems to been the main motive: Given that he had had suspended the Dáil (the Irish parliament’s lower house) as a mark of respect on the death of President Roosevelt, he seems to have considered the forms had to be observed for the sake of balance.

Essentially De Valera’s act was not that of a pro-Nazi; it was more the act of a pedantic little man for whom the niceties of protocol took precedence over common sense.