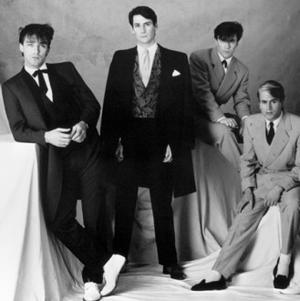 A terrible fate even for a war criminal

Spare a thought for the Radio 4 announcer who made the unfortunate slip of suggesting that Albert Speer was once in Spandau Ballet. Hitler's architect never troubled the hit parade, but was sentenced at the Nuremberg trials to 20 years in prison, most of it spent at Spandau prison in west Berlin. The on-air gaffe on Wednesday afternoon had the unlikely consequence of Gary Kemp's new romantics trending on Twitter. "The nice announcer lady on Radio 4 just said that Albert Speer was in Spandau Ballet. That can't be right," tweeted Ben Goldacre. "Apparently Albert Speer spent 20 years in Spandau Ballet according to Radio 4," said Michael Guitar. "It's not 'True' but it IS pure 'Gold'."

Not forgetting the other three band members, Rudolf Hess, Erich Raeder and Karl Dönitz. And when they appeared on Top of the Pops with Jimmy Savile they found one of their own...

A hilarious slip, even if the people it mixes poor Spandau Ballet up with are far from funny.

Indeed.I' surprised it hasn't happened before

Would you prefer the Malaprop to be Albert Speer spent 20 years in Spandex.

Haha now that is a truly horrible fate!