And good news for Lorca 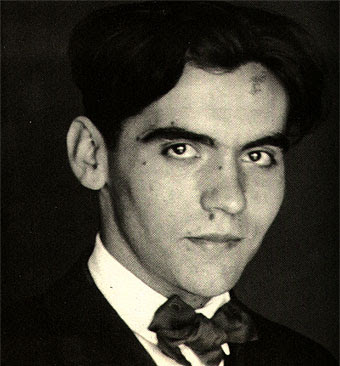 According to the Times the remains of Federico García Lorca and others buried in mass graves during the Spanish Civil War are to be exhumed as part of an investigation into mass killings.

Judge Baltasar Garzon authorized the opening of the graves containing remains of the victims of General Franco’s victims all over Spain, including one where Lorca is thought to lie in Viznar near Granada.

Lorca was shot in August 1936, one month after Franco’s uprising against the Republican government sparked the civil war. The families of two people who were executed and their bodies dumped with Lorca have sought the opening of the grave to give the victims dignified burials. For years, the Lorca family opposed the opening of the grave but recently said it had no objections.

After Franco’s death in 1975, Spain introduced an amnesty law and maintained a ‘pact of forgetting’ about atrocities committed by the Nationalist and Republican forces during the Civil War. But last year, Spain’s Socialist Government passed the controversial Law of Historic Memory. The law sought to offer some justice to Franco’s victims by granting them official recognition, by removing Francoist monuments, and pledges some support to associations that have dug up the remains of some 4,000 people from mass graves.

I think about Spain's Civil War every single time I listen to that haunting "If You Tolerate This Then Your Children Will Be Next" song.

I'm always aghast at the wretched things us humans are capable of doing, even to our own neighbors and family.

Sadly there's not a civil war that does not have the vilest of atrocities. There ware atrocities on both sides in teh Spanish Civil War. Franco's side was the worse of teh two.