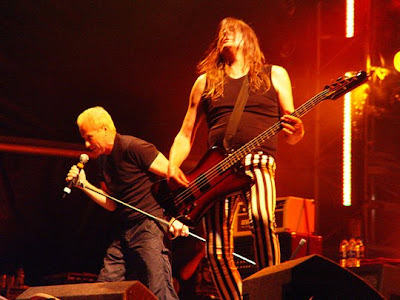 Following the release of UFO files in May (in which we discovered, inter alia, that there were no aliens at or near Wallasey town hall) 19 further Ministry of Defence files have been released by the National Archives. According to the Guardian (and numerous other sources)the files cover the period 1986 to 1992. The reports include a close encounter by an Alitalia airliner near Heathrow in 1991 and a bomber-sized UFO over East Anglia in 1957 (but not reported until 1988)

On 20 May 1957 Milton Torres, a US air force fighter pilot based at RAF Manston, was scrambled to intercept a B52-sized UFO over East Anglia. He was ordered to fire a salvo of missiles at the UFO but before he could do so, it vanished.

Details of the East Anglia event only emerged after Torres, who was warned never to mention it, did discuss it with a military historian at a reunion at RAF Manston in 1988. The MoD, whose policy until 1967 was to destroy UFO files every five years, had no data on the event.

An account from Torres, now 77 and living in Florida, describes his anxiety at failing to fire after struggling to read codes on a scrap of paper in the cockpit of his F-86D plane. "It was totally black and the lights were down for night flying. I used my flashlight, still trying to fly and watch my radar. To put it quite candidly, I felt very much like a one-legged man in an ass-kicking contest," he said.

In April 1991, recorded a captain of an Alitalia airliner, flying at an altitude of more than four miles on route to Heathrow from Milan, seeing a missile-like object. At first this was labelled "cruise missile?" but it was quickly found not to be a military weapon. There were a number of similar sightings within the next six months. Four passengers on a Dan Air Boeing 737 spotted a "wingless projectile" flying under their plane.

On a more ludicrous note the files contain information on a Tina Turner concert triggered a spate of UFO sightings in London in 1989, and how one person was "contacted by aliens" descended from "legendary feathered serpents from ancient Peru". There is also a sketchy self-portrait of a pointy-eared woman in a gown, who told the MoD she had crash landed on Earth during the second world war, having left her home planet of warrior women.

Interesting stuff indeed! I have always been fascinated by UFO reports although I am firmly of the opinion that the vast, vast majority have utterly mundane explanation. As for those which remain unidentified, I strongly doubt that any relate to space craft coming from Zeta Reticuli or anywhere else in our galaxy. Hiho....

Email ThisBlogThis!Share to TwitterShare to FacebookShare to Pinterest
Labels: UFOs

I do believe in them, having seen one but also, at this time, there is also a hell of a lot of sky activity of the military kind going on.

Re Tina Turner concert and UFOs - I strongly suggest not to mix gin, white wine and brandy during the same sitting.

On other cases I am withholding my judgment.

James I agree. There's a lot of weird stuff in the sky. Quite a lot of the unexplained items may well be military in origin. Stuff like Auroroa, if it is not a myth

Gah Snoopy, if I had that mix, I'd be talking down the great white telephone all night!

We are not alone!