Death of a hero 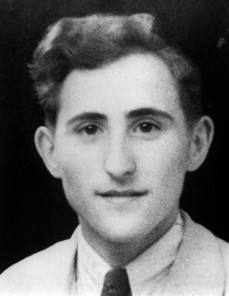 On Monday Jerusalem Post  reported the death of Gad Beck in Berlin. Beck is believed to be the last last known gay Jewish survivor of the Holocaust. He died last Sunday in a Berlin senior citizens' home six days before his 89th birthday.

Beck’s father was an Austrian Jew and his mother converted to Judaism. Defined under the Nazi racial lawas as mischling,  he and his father were detained at Rosenstrasse in 1943. Thanks to the heroic protests of  non-Jewish wives of the prisoners Beck and the others were released.

Following his release, he joined Chug Chaluzi, an underground Zionist resistance youth group, and played a key role in securing the survival of Jews in Berlin. According to the entry about him at the Holocaust Memorial Museum in Washington, he noted that “as a homosexual, I was able to turn to my trusted non-Jewish, homosexual acquaintances to help supply food and hiding places.”

Shortly before the end of the war in 1945, a Jewish spy working for the Gestapo betrayed Beck and some of his fellow resistance fighters. He was held captive at a Jewish transit camp in Berlin.

Perhaps his most heroic act was his attempt  to rescue his boyfriend. Beck donned a Hitler Youth uniform and entered a deportation center to free his Jewish lover Manfred Lewin, who had declined to separate himself from his family. Lein was subsequently murdered along with his family in Auschwitz.

After the war, he  continued his Zionist work helping Jewish survivors emigrate to Palestine. He remained in Israel between 1947 and 1979.  He returned to Berlin where he became a pioneering gay activist and educator Speaking about his life as a gay Jew, Beck invoked a line frequently cited about homosexuality: “God doesn’t punish for a life of love.”

Beck is survived by his partner of 35 years, Julius Laufer.

Rest in Peace
Posted by jams o donnell at 12:41 pm

Whenever I despair about the human race, and sink low in depression, I read a story like this one and it revives me. A few of us can live heroic, honorable lives in the midst of horror and corruption.

RIP, Gad Beck. And thank you!

Some people do restore one's faith in humanity. He certainly did