And the greatest medical advance in the last 167 years is….

….. Sanitation according to a poll carried out by the British Medical Journal (BMJ). The poll, which only included innovations that had been developed since the BMJ was first published in 1840, was held to mark the journal’s relaunch. Sanitation was the winner, with 1,795 votes, over antibiotics in second place with 1,642 votes, and anaesthesia which took third place with 1,574.

Johan Mackenbach of Erasmus University Medical Centre in Rotterdam, who championed sanitation, said: "I'm delighted that sanitation is recognised by so many people as such an important milestone. The general lesson, which still holds, is that passive protection against health hazards is often the best way to improve population health". 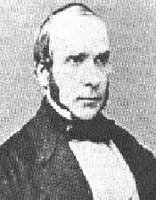 John Snow
The heroes of sanitation in this country include John Snow , who showed that cholera was spread by water, and Edwin Chadwick, who came up with the idea of sewage disposal and piping water into homes (although Chadwick erroneously based the scheme on the premise that infectious diseases spread through air contaminated by poor drainage). 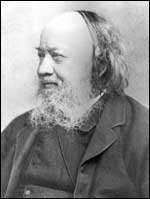 Edwin Chadwick
It took decades for Britain to implement Chadwick's ideas for piped water and flushed sewer systems but they had a big effect on mortality. It is difficult now to calculate the cut in deaths attributable to improved sanitation in the 19th century, but it is possible to see the effects in the developing world wherever clean drinking water and sewerage are introduced. One major review showed deaths and damage in children from diarrhoeal diseases were reduced by about a fifth.