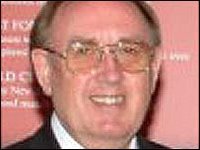 Yesterday’s news I know but I could not pass up the report about former UKIP MEP Ashley |Scrote, sorry Mote joining the new far right group in the European Parliament. Independent MEP for the South East of England will join the "Identity, Tradition and Sovereignty" group, that though it may still be called “Europe of the Fatherlands” (why do I hear the sound of jackboots and the Horst Wessel song when I see that name?).

Mote said the new group would be "good for the Parliament" and voters. The formation of a genuine centre-right multinational group in the European Parliament is long overdue. So is the need for the clear expression of the views held by millions of European Union citizens who profoundly disagree with the federalists and their vocal left-wing." (Mote described the group as being centre right – I shudder to think what far right is in his little world).


Mote finds himself in the company of the French National Front (one of whose MEPS, Bruno Gollnisch, is currently awaiting a verdict on charges of Holocaust denial), members of Vadim Tudor’s Greater Romania Party (a rabble described by Time magazine as a "a crude mixture of anti Semitism, racism, and nostalgia for the good old days of communism.") and torchbearer for her granddaddy, Alessandra Mussolini.

Despite the antipathy of the western European far right it was only with EU enlargement that it was possible to create this. An official group in the Parliament can only be formed if it has at least 19 MEPs from at least five countries. There would not have been enough MEPs to form the group without far-right MEPs from Romania and Bulgaria.

Although happy to associate with them in Parliament Mote has tried to disassociate himself from the activities of his fellow group members saying " I am not involved in the political activities of any of the other member states represented in ITS. Nor are MEPs from those member states planning to involve themselves in British politics.” Mote himself had the UKIP whip withdrawn from him in 2004 after he failed to tell party managers he was facing trial over allegations of housing benefit fraud.

Fortunately it seems unlikely that he will get another term in the European Parliament.

Meh, I like sovereignty but only of the Lady kind.

Seriously, Lady Sovereign is my very guilty pleasure of the moment. I listen to the "clean" edit though, so I don't have to listen to 6 hours of Christian rock music as pennance for my musical sins!

AH I heard she was trying to break the US. I really know little about her except that she is pretty mouthy. but better her than the detritus Mote and his new friends are

She beats the hell out of that chav queen, Jentina. You guys can keep her. Thank you very much!

Jentina? Honestly, I've not heard of her. How about her on tour to N Koera with Gates and Young?

I heard of her on the UPOP station. She sings a song called, "Bad Ass Stripper," and Lady Sovereign mocked her with a version entitled, "Sad Ass Strippah." I just picked up the useage of Chav from some Europeans at the baby name board. It amuses me in the way "hoe bag" "wigger," and "ghetto queen" used to. Maybe that makes me chav too?

Ah do you have scraped back hair and fake burberry baseball cap? these were pre requisites of being a chav. Chavs abound here!