Terror or the cycle nazis 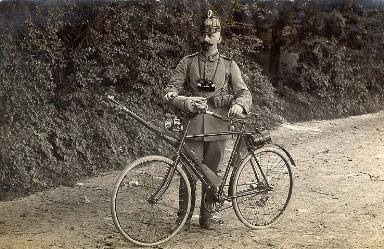 The Guardian and quite a few other sources are reporting on newly released MI% files, especially those relating the a potential security threat posed by Hitler Youth cycling tours before WWII (Although a similar one during WWII would have elicited even greater concern!).

Police officers were alerted to monitor German students on bicycle holidays in the late 1930s as they stopped at schools, Rotary clubs, factories and church services. Fears that these "spyclists" were on clandestine reconnaissance rides first emerged in spring 1937, triggering concern at the highest levels of the security service.

The term "spyclists" was initially coined in an excitable Daily Herald article. 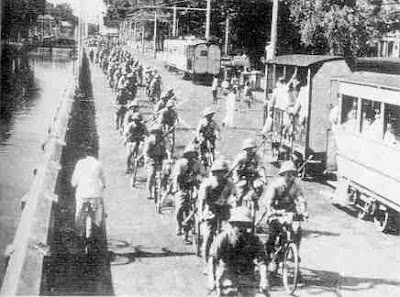 Delving into its source, intelligence officers discovered it came from an anti-fascist freelance writer in Prague who based his story on an item in the German Cyclist magazine.

"Impress on your memory the roads and paths, villages and towns, outstanding church towers and other landmarks so that you will not forget them," the magazine item suggested. "Make a note of the names of places, rivers, seas and mountains. Perhaps you should be able to utilise these sometime for the benefit of the Fatherland … Wade through fords so that you will be able to find them in the dark." 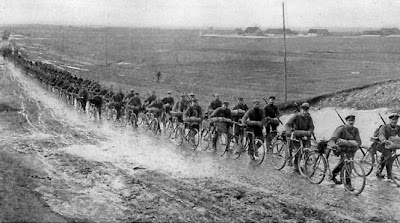 Police superintendent T Dawson informed the security service from Spalding, Lincolnshire, that: "At about 4pm on Friday the 16th July, I saw a party of seven young men cycling along the Bolton to Spalding main road … These young men were dressed in shorts with jackets, each of them had what appeared to be a food can strapped on the carriers at the rear of their cycles. I feel confident they were German subjects. I did not speak to any of them." 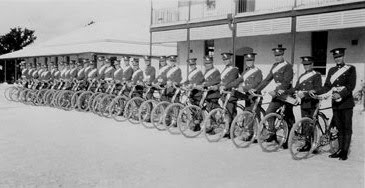 There were reports of German students carrying cameras on visits to steelworks in Sheffield and singing German songs in a church in Dalston.

Meanwhile the founder of the Scout movement, Baden-Powell revealed he had been invited to visit Hitler in Germany and added: "Both Lauterbacher and Benemann are most anxious that the Scouts should come into closer touch with the youth movement in Germany. 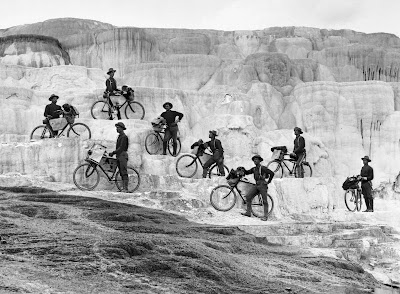 "I had a long talk with the ambassador who was very insistent that the true peace between the two nations will depend on the youth being brought up on friendly terms together in forgetfulness of past differences … Ribbentrop seemed very much in earnest and was a charming man to talk to. I knew his uncle in India who was head of the woods and forests there."

Well there you have it. At least it gives me a chance for some gratuitous photos of soldiers on bicycles....
Posted by jams o donnell at 11:07 am

"Spyclist" is a fabulous word... now I just have to figure out how to drop it into the conversation tomorrow

Good luck in your endeavour!

Spycycles?! Now, that would have been a case for Sgt. Pluck.

You are totally right Sean. I can see him confiscating right, left and centre!

Ah, and I forgot mentioning the photos: Fascinating!

Dunno. I am familiar with a few bicycle riders, a sorry lot I have to say. Always decrying their latest injuries and cost of that fancy uniforms and whatnot.

If they constitute any danger to anybody it's to themselves.

I stikk like to cycle.. or I did befoore I fucked up my leg!