Won't someone think of the poor crab lice? 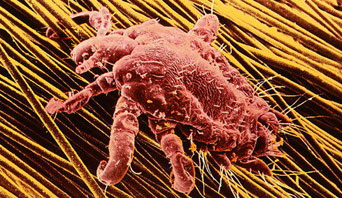 Emine Sanner has pulished a disturbing piece in today's Guardian regading the plight of one of ritain's most endangered insect the pubic louse.

It would seem that the unregarded but itchy arthropod is on the decline and the blame seems to lie with the increasing number of women – and men – who remove their pubic hair. Think of it as deforestation on a massive, global scale.

Doctors have apparently gone years without seeing a case of pubic lice, and in the UK doctors are reporting seeing fewer cases: Peter Greenhouse, a consultant in sexual health in Bristol says "I've probably gone about six months without seeing a person with pubic lice; 20 years ago, we would have seen several a week".

Clearly this is a case where deforestation is destroying the habitat of a species.Had we been talking about one of the chatismatic megafauna such as the panda people would have been up in arms ut sprea thought for a species that likes a warm, moist habitat.

Action is needed and needed now.What we need is a group of volunteers to offer safe homes for this delightful insect.  I daresay there will be NIMPuRs (Not In My Pubic Region) but hopefully they will not stand in the way of a noble cause!

My apologies to Emine Sanner for twisting her story but I was in a devilish mood!

Heaven forfend that they go they way of the smallpox virus. The government should set aside a certain number of pubes as reservations for them, perhaps starting with cabinet ministers.

Ah when one itches one cares for the louse Jimmy!

This is one ecological endangerment I never considered. It seems these lice are damned live.

Ah thee is still time to save them!

I hope that wasn't one of your own photo studies.

It's a tragedy Dragonstar!

This is tragic, tragic I tell you!!