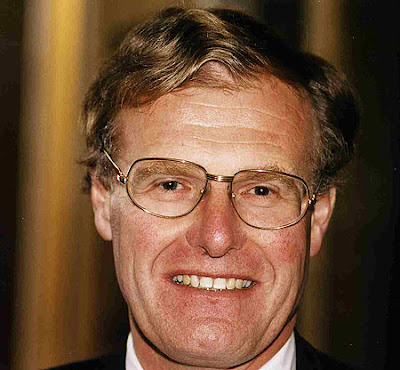 Christopher Chope, friend of the Vulture Funds
There exists in the world a group of businessmen and women who can plumb the depths even further than the amoral bastards who run Trafigura. These are the likes of Paul Singer and his firm Elliot Associates who wallow in the fetid depths of finance known as vulture funds .

So what is a vulture fund? A vulture fund is a financial organisation that specialises in buying securities in “distressed environments”, such as equities that are near bankruptcy. Companies are not their only target: they also buy up public debt at very low prices. Then seek to recoup the whole of the original debt plus interest. They are not averse to suing governments in order to freeze their assets. International courts have at times prevented countries from paying to other debtors because one of these funds had requested an embargo.

According to the Independent a private members bill had been going through parliament to protect some of the world's poorest countries from debt sharks. The Debt Relief (Developing Countries) Bill was designed to curb their activities, ensuring that creditors cannot pursue debt repayment beyond the level assessed as fair and sustainable by the World Bank.

Because of the lack of time before the general election, the Bill's only chance of making it on to the statute book was if there were no protests in the Commons. But to the fury of Labour MPs, one lone voice piped up: "Object!" Three Conservatives were in the chamber but it was not clear at the time who had intervened.

On Friday evening it emerged that Christopher Chope had been the backbencher to raise his objection. He believes that the proposed legislation has not been properly debated in the Commons. "If you are concerned about this Bill making progress, you should be asking why the Government hasn't given it extra time. As far as today's proceedings are concerned, there's a big Government spin operation to shift the blame to other people." He told the Independent

He also claimed the opposition frontbench had covertly supported the move – an allegation fiercely denied by the shadow Treasury minister, David Gauke, who said the Tories had worked "in a co-operative manner at every stage of this Bill."

Nick Dearden, director at Jubilee Debt Campaign, said: "Significant compromises were made to this bill in order to pass it through. Early indicators suggested that the Tories supported it. To be blocked at the last minute like this is ... very concerning." He said some finance firms saw the bill as "another step towards further government regulation in the financial services market," adding that the UK could now be "one of the major territories where vulture funds will continue suing third world countries."

While I would agree that this is the sort of legislation that should have been introduced by the Government Chope’s objection was an utter disgrace. I have no idea what he hoped to achieve by ensuring that the bottom feeders of the financial sector (and they are up against some stiff opposition) can continue to buy up debts and bilk nations that can least afford to pay.

Chope is the MP for Christchurch, an area where Tory votes are weighed, not counted. It is a place where a dog turd with a blue rosette will be elected. It would seem that the people definitely voted for the dog turd. I hope they are proud of him for what he did last week.
Posted by jams o donnell at 9:37 pm

There are some very dirty politics going on right now.

This wasn't dirty it was just downright low

Sadly so. I hope he's proud of what he's done, the shit

His mother must be so proud. SCUM!

And the rich get richer ...

Hmpff - just another upper class twit. Where are the Pythons now we need them?

Well, I am not sure he is a twit. Moral dog turd would be a better description.

A very runny one too!