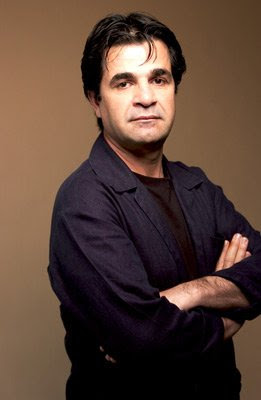 According to the BBC one of Iran’s most acclaimed film directors was arrested along with members of his family. Plainclothes police broke into Mr Panahi's family home and arrested him, his wife and daughter and 15 other guests, his son Panah told reporters.

The Tehran prosecutor's office has confirmed the arrest to reporters but denied it was connected to politics. The arrest of Jafar Panahi is not because he is an artist or for political reason," prosecutor Abbas Jafari Dolatabadi told the semi-official ISNA news agency. He is accused of some crimes and was arrested with another person following an order by a judge."

However, last year a travel ban was imposed on Mr Panahi by the authorities after he appeared wearing green - the colour of opposition supporters - at the Montreal film festival. He was also briefly arrested after attending a memorial to student Neda Agha Soltan, killed at an opposition rally last June.

Given his outspoken opposition to the regime I remain to be convinced that his arrest was not on political grounds
Posted by jams o donnell at 8:19 pm

Their excuses don't wash and never will.

Agreed SUsan. If the Iranian regime said that the sky is blue, I would look out the window to check!

The good ole KGB method was to keep extensive files on potential dissidents, to be able to arrest them on unrelated charges at will later, when the need arises. Works any old time.

That does not surprise me at all Snoopy!