Death of a heroine 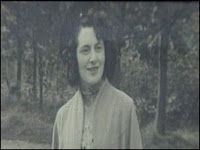 Known as Agent Rose, Andree Virot (as she was then) helped over 100 British and American pilots flee occupied Europe.

She began her involvement with the Resistance modestly, by handing out underground newspapers. Later she tracked troop movements and went on to head an under-section of the famous movement.

She then guided Allied planes to makeshift landing strips, using torches. Dozens of airmen were then smuggled on to submarines and gunboats across the coast. She spent three years with the Resistance

She also spent time in two concentration camps, coming close to death three times, with the danger persisting right up to her rescue from Buchenwald. Facing a death squad there, she was spared when they fled from approaching American forces. Agent Rose was arrested a week after D-Day in Paris - having fled there when the Brest operation was targeted by the Gestapo.

She once said: "You don't know what freedom is if you have never lost it. Everybody was ready to contribute to the fight and to risk their lives. The only fear we had was of being tortured and of speaking under torture - I rarely thought of my personal safety, I just acted and did what I believed was the right thing.”

She died on Friday at the Lampton House care home in Long Ashton, Bristol. Manager Sherry Kitchen said: ''We are all a bit shell-shocked here. She was lovely - an amazing character with such a strong spirit.''

She was a brave and spirited woman. We are poorer for her passing. Rest in Peace
Posted by jams o donnell at 9:12 pm

wow, what a legacy

A fine and courageous woman, indeed, may she rest in peace.