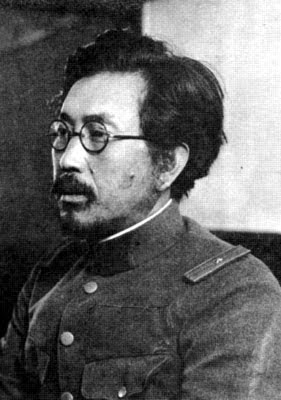 Shiro Ishii, Unit 731 Commander to 1942 - EVIL
The BBC reports that excavations have commenced at the site of a former medical school in Japan. The excavations might yield evidence of war-time experiments on prisoners.

The site in western Tokyo is said to be linked to the infamous Unit 731. Unit 731 was an Imperial Japanese Army unit that conducted experiments in China that were as appalling than those conducted by the likes of Mengele under the Reich.

The excavation was ordered after Toyo Ishii, a former nurse at the school i said that workers had been made to bury dozens of bodies there after Japan’s surrender.

A nurse in the hospital's oral surgery department, Ishii said she had no knowledge of any experiments on humans at the site, but she and her colleagues were ordered to take bodies and body parts for burial in the compound before US troops arrived.

"We took the samples out of the glass containers and dumped them into the hole," she wrote in a statement in June 2006. "We were going to be in trouble, I was told, if American soldiers asked us about the specimens."

Excavation of the site had to be delayed until residents had been moved from the area.

"We are not certain if the survey will find anything," Health Ministry official Kazuhiko Kawauchi told the Associated Press news agency.


Unit 731 was based in Harbin in Mancukuo during WWII, the Japanese puppet state in Manchuria. Under the guise of an “Epidemic Prevention and Water Sanitation” unit it conducted a series of horrendous biowarfare and human vivisection experiments. The number who died at the hands of these butchers is not certain but almost certainly runs into the hundreds of thousand. It would take pages to outline their depravity

While a number of Unit 731 members were tried and sentenced as war criminals by the Soviets (receiving terms of imprisonment up to 25 years), those in American hands received went scot free.

Perhaps one of the most disgraceful acts undertaken by the allies after WWII was the grant of immunity from General MacArthur to members of the unit in return for details of their research. 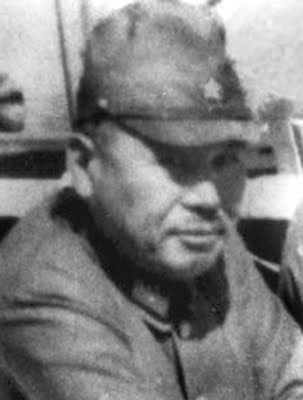 EVIL
Instead of ending their lives in prison, most members seem to have returned to successful careers. For example, one Unit 731 commander, Masaji Kitano (Above), died peacefully in 1986 having become Chief Director of the Japanese pharmaceutical company Green Cross. I could not care less if MacArthur had been a saint in every other respect (Hahaha!) He deserves a special place in hell for granting vermin like this a free pass from justice. 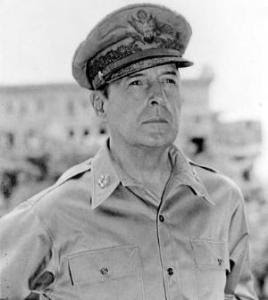 Sadly information was more important than mass murder. The same logic ensured that many Nazi war criminals were welcomed with open arms. Operation Paperclip was not the collection of a group of earnest and apolitical scientists from a war torn Germany…. And yes the Americans ere not the only guilty parties.
I would be interested to know how this story is being covered in Japan.
Posted by jams o donnell at 5:30 pm

Yes, a shameful deed by the Allies. Do keep us posted on this story, jams.

It was a horrendous act. There is no excusing the protection of these butchers regardles of the information they provided.

I will be following this