It’s not too late to stand trial 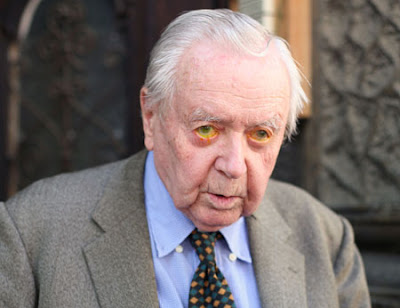 Late last week the BBC reported that a97-year-old Hungarian accused of massacring civilians in Serbia in 1942 has gone on trial in Hungary.

Sandor Kepiro was listed by the Simon Wiesenthal Center as the world's most wanted Nazi war crimes suspect.

More than 1,200 Jewish, Serb and Roma civilians were murdered over three days by Hungarian forces in a massacre in the city of Novi Sad. Hundreds of families were rounded up by the Hungarians, in January 1942 on the banks of the Danube River in Novi Sad and then shot.


The former police captain is accused of "complicity in war crimes".
Prosecutor Zsolt Falvai detailed the charges. He said Mr Kepiro was directly responsible for the death of 36 Jews and Serbs - including 30 who were put on a lorry on the defendant's orders and taken away and shot.

Mr Kepiro denied the charges. He said that, in fact, he had been "the only person to refuse the order to use firearms", and that he had intervened to save five people about to be killed by a corporal.
'No clemency'

Sandor Kepiro was convicted of involvement in the killings in Hungary in 1944 but his conviction was quashed by the fascist government and he later fled to Argentina.

He returned to Hungary in 1996 and was tracked down by the Nazi-hunting Simon Wiesenthal Center a decade later to a flat opposite a synagogue in Budapest.

Lets see how this develops. While this must surely one of the last war crimes trials relating to WWII it shows that even nearly 70 years on the last surviving war criminals cannot all rest easily in their bed.

wow - what's wrong with his eyes? looks like his liver's already shot to pieces

From the way he looks it's amazing he made that age

Will they execute him?

No that is for certain

Interesting. With the winds blowing in Hungary the way the do lately, nothing is certain.

That's a god point Snoopy. The likes of those scumbags Jobbik seem to be on the rise

That's true what with those shitbags Jobbik on the rise