Enough joking about the best of 2012 here is one of a couple of young women who are true inspirations to the world and worth  a billion Samantha ricks or all of those other worthless people who blight the media. 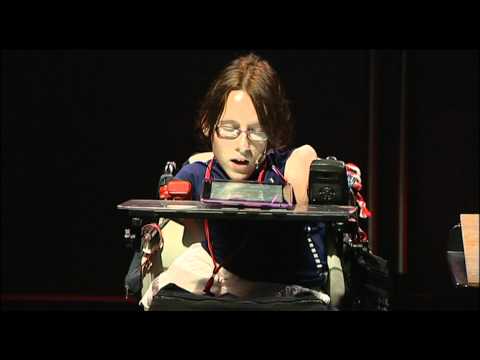 Perhaps I am a bit biased what with her coming from my mum's home village of Millstreet but teenager Joanne O'Riordan is an inspiration.  Joanne was born with an extremely rare condition called Total Amelia Syndrome a congenital disorder which resulted in her being born with no limbs.

In 2010 she met the then future Taoiseach Enda Kenny while he was on campaign and secured a promise from him that there would be no cuts to disability benefits. Last year she was instrumental in forcing him into a U-turn when his government tried to renege on that promise.

This year she has spoken at an IT conference at the United Nations. She won the Irish Young Person of the Year award this Septemer.


And here she is talking at the UN event on IT


Here's to a bright future for Joanne

Yes. A courage rarely found in our species.

No disagreement there Snoopy