It is perhaps unsurprising that a proportion of the world' population died during  2012.I have noted some of these during the year  but here is a small selection of  some of the other people who died this year. 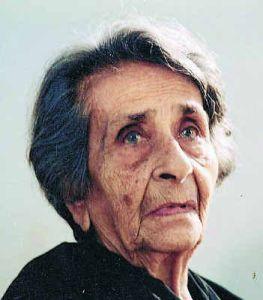 Honai Vyarawalla died on 15 January at the age of 98. She was India's first female photojournalist. Her work is well worth exporing. I wish I had a fraction of her talent with a camera. 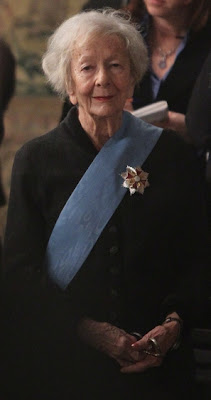 Polish poet Wisława Szymborska-Włodek died on 1 February at the age of 88.She was awarded the Nobel Prize for Literature in 1996.I must admit I am not particularly familiar with her work.What little I have read I have liked. Here is her poem Utopia

Island where all becomes clear.

Solid ground beneath your feet.

Bushes bend beneath the weight of proofs.

The Tree of Valid Supposition grows here
with branches disentangled since time immemorial.

The Tree of Understanding, dazzlingly straight and simple,
sprouts by the spring called Now I Get It.

The thicker the woods, the vaster the vista:
the Valley of Obviously.

If any doubts arise, the wind dispels them instantly.

Echoes stir unsummoned
and eagerly explain all the secrets of the worlds.

On the right a cave where Meaning lies.

On the left the Lake of Deep Conviction.
Truth breaks from the bottom and bobs to the surface.

Unshakable Confidence towers over the valley.
Its peak offers an excellent view of the Essence of Things.

For all its charms, the island is uninhabited,
and the faint footprints scattered on its beaches
turn without exception to the sea.

As if all you can do here is leave
and plunge, never to return, into the depths. 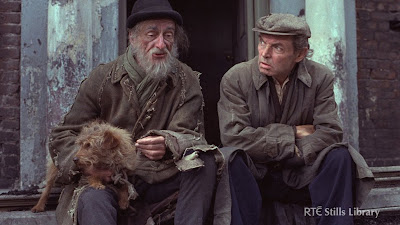 12 Feruary saw the death of Irish actor David Kelly. He may have played a rather demeaning role in the utterly unfunny 70s sitcom Robin's Nest but he was a fine actor with an impressive numer of appearances on stage and screen.  David is on the left in the above image playing the role of Rashers Tierney in Strumpet City one of RTE's finest moments. I also loved him in his small role of Sergo in the wonderful Red Monarch.

Musician Billy Strange died on 22 February at the age of 81. More recently he is proaly best known for the song A Little Les Conversation not a song I care for but he gave the world this pearl of art 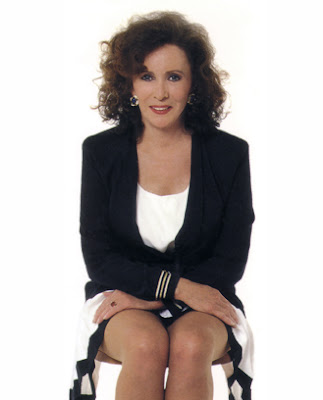 Callan Pinckney the creator of Callanetics died on 1 March at the age of 72. That she managed to squeeze yet another aerobics workout system into what was a burgeoning market in the 80s is to be applauded... although my daily exercise at the time would have been a balanced diet of beer, wine and fags

Actor Philip Madoc died on 5 March at the age of 77. Again he has n impressive cv but one role is burned onto the consciousness of anyone Briton who lived through the year  1973 - the U Boat captain taen prisoner in Dad's Army 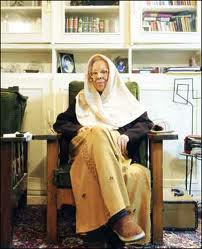 Iranian author Simin Daneshvar died on 8 March aged 90.While women had pulished poetry before these dates she holds the distinction of being the first woman to have a collection of short stories published (1948)In 1969 with the pulication of Savushun she became the first Iranian woman to have a novel published. Her work is easily availale in English translation and is well worth reading. 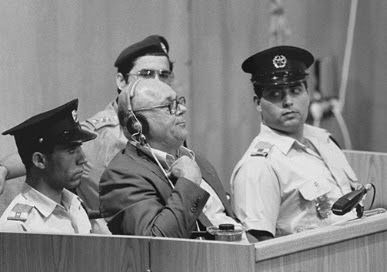 17 March saw the death of probable war criminal John Demjanjuk. While the Ian the Terrible trial in Israel in 1988 was a balls up he was convicted pending appeal in Germany not long before he died for his role as a guard at a number of concentration camps.Someone who can rot as far as I am concerned. 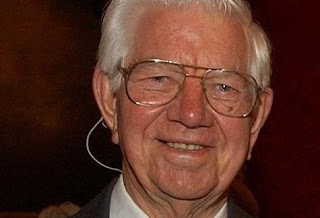