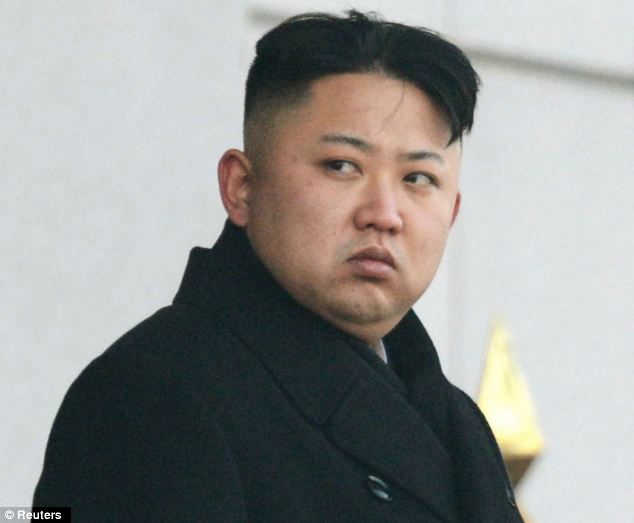 They'll be dancing in the streets of Pyongyang today following the news that Time readers have voted Lil Kim as their person o the year. While it does not mean that Time will crown him with that honour but it's been quie a year for the little shitstain

Not long ago he was Sexiest Man Alive. albeit by The Onion but an award is an award!

Kim ranked first in TIME’s completely unscientific Person of the Year reader poll, with 5.6 million votes. The poll allows readers to weigh in on the people — and things (hello, Curiosity rover!) — who they think influenced the news, for better or worse, in 2012.

“While we don’t make our selection based on the poll results,” says TIME executive editor Radhika Jones, “it’s always interesting to see where some of our preferred candidates end up.”  My ownpersona choce for the ccolade. Malala Yousafzai, who was shot in the head by a Taliban gunman for her outspoken activism, placed 15th in the poll.At least she beat that atrocious mock horse  riding bollocks from Psy

I find it hard to blame him for whatever he is. What would I have become if his upbringing had been bestowed on me? I shudder to comntemplate.

He does have the option to go against his upbringing.If he carries on in the same manner asn his father and grandfather then he's a shiitstain

I think you make it all sound much simpler than it is.

Still, according to some (admittedly mad) physicists a parallel universe must exist in which YOU are the Great Leader of North Korea Jams. I wonder if you have managed to go against your upbringing?

And I suspect he's probably scared and worried most of the time. "Uneasy lies the head that wears a crown."

That he is living up to his family won't pardon his crimes. At resent he seems to be another generation of an evil family.

I hope he wakes up screaming every night

The man is a shitstain, but with all that publicity we may be looking at a replacement for Mr Craig in the next Bond movie.

Quite the time to change the style, I suggest.

007 Kim he likes his dissidents shattered not stirred