Homage to a lost Irish Generation 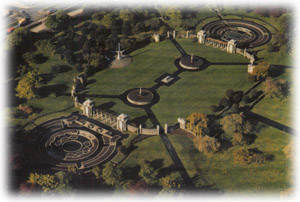 The Islandbridge Great War Memorial, Dublin
“France will never forget her debt to the heroic Irish dead, and in the hearts of the French people today their memory lives as that of the memory of the heroes of old, preserved in the tales that the old people tell to their children and their children's children."

Marshal Foci paid this glowing tribute to those Irish servicemen in the British army who died in the defence of France in the First World War. These words were repeated by an Irish Army officer at a state ceremony in Dublin to commemorate the 90th anniversary of the Battle of the Somme

While France never forgot her debt, Ireland has only now begun to remember. After decades of ignoring the sacrifice made by so many Irishmen, there is now a belated acknowledgement and recognition of their rightful place in Ireland’s history.

When John Redmond advocated enlistment in the British army, he hoped that involvement in the war effort would transform relations between nationalists and unionists, and would make unionists less hostile to Home Rule. His hopes were dashed by the Rising of 1916 and by Ulster's implacable resistance to Home Rule.

A commemoration of a shared historical experience like the Somme has the potential to transform relations between North and South - the presence of two DUP representatives at yesterday’s ceremony was encouraging. But the official ceremony also marks a welcome maturity by the State, through its acknowledgement and acceptance of the shared history of the different traditions on this island.

Based on a leader in today’s Sunday Independent (Ireland)
Posted by jams o donnell at 5:22 pm

Soldiers past and present deserve reverence. Regardless of disputed wars and conflicts, they comply with their jobs and do what they must wearing a brave face.

Better late than never, for a proper tribute and Memorial.

Indeed. Although the Islandbridge gardens have been there since the early 20s Ireland had forgotten this part of its history. It is good to see it being acknowledged now, even if teh last Irish WWI veteran died a few years ago.