In Praise of Essex Part 3: the Essex Girl 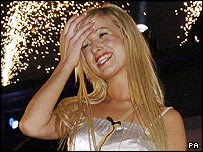 Chantelle Houghton
“What does an Essex girl put behind her ears to attract men? – her legs”

This is the sort of joke that that is used to stereotype the Essex girl as a person of few morals and fewer brain cells. The stereotype normally has her wearing a short skirt, stilettos and sporting bottle blonde hair. She typically is a heavy drinker, usually of cheap swill like Lambrini or Bacardi Breezers. People who buy into this view will cite unfairly a z-lister like Chantelle Houghton who won Celebrity Big Brother this year as a non-celebrity.

In my view (and in deference to the not-wife who is a proud Essex girl, albeit with brown hair) the Essex girl is to be treasured. I would like to cite two fine examples, one famous and one not so famous but very talented, that that refute the stereotype. 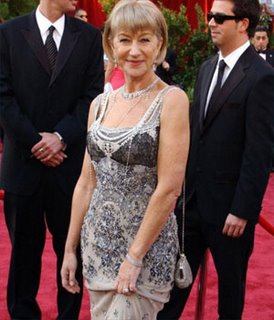 Ilyena Mironova
Ilyena is of course better known as Helen Mirren, the stage and film actress. Born in 1945 to a Russian noble father and an English mother (her grandfather, was stranded in the UK by the Russian Revolution) Educated at St Bernard's School for Girls in Westcliff on Sea, her first starring role was in 1965 as Cleopatra for the National Youth. Since then she has had a stellar career appearing in such films as The Long Good Friday, The Madness of King George and The Cook, the Thief, His Wife and Her Lover and on television as Jane Tennison in Prime Suspect. 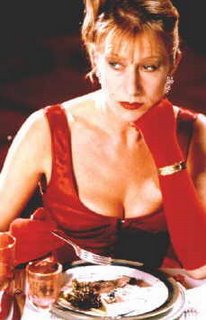 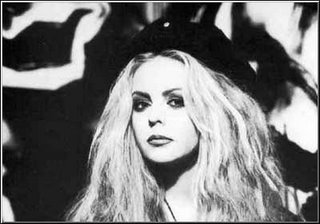 An experimental/goth musician Danielle is better (but not much better) known as Danielle Dax. She was born in 1958 in Southend on Sea and first She recorded two bizarre albums as one half of the Lemon Kittens before embarking on a solo career which included such highlights1984’s Jesus Egg That Wept and 1987’s Inky Bloaters . Her last major release was 1990’s Blast the Human Flower which sank without trace. Sadly Dax has left the music business behind and now works in interior design. For me this is a major shame as I loved the quirkiness of her output. 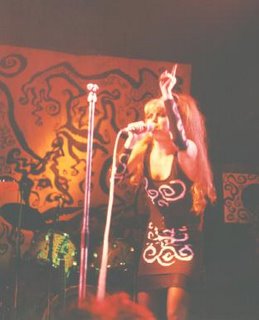 She can also be seen in The Company of Woles where she appeared as the the naked wolfgirl.
Posted by jams o donnell at 11:47 pm

Hey, I've heard of Danielle Dax and of course I know who Helen Mirren is. Calendar Girls was a scream. So, does this mean that Monica Lewinsky can wear her, "I'm An Essex Girl", with pride now that she has the approval of one Jams O'Donnell?

You really put out jams. That is you're an extremely prolific blogger. Most of the people I know have summer doldrums and blogger blockage.

Hey my verification letters has a P B and J. Peanut Butter and Jelly!

Well on the basis of her intimate knowledge of the ex president's cigar, maybe! but she isn't a blonde......

I put out? .. Oh you mean the volume of posts.. Well I have no life and a mine of useless information to base this blog on!