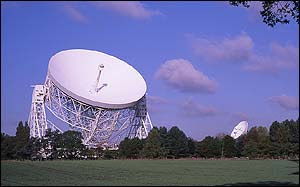 Jodrell Bank has been identified as a contender to win World Heritage Site status under new rules designed to recognise the importance of scientific installations. New guidelines on how World Heritage Sites should be selected are being drawn up and will be debated in the summer. The new rules would allow scientific centres such as Jodrell Bank to line up alongside Hadrian’s Wall and the Giant’s Causeway

Since it was established as an observatory in 1945 Jodrell Bank it has been credited with the discovery of quasars and gravitational lenses, which assist in identifying planets and far distant stars. It led research into pulsars and in 2006 scientists using the observatory announced that they had proved Einstein’s Theory of Relativity with 99.95 per cent certainty.

Jodrell Bank was one of only two scientific installations cited at the meeting this week as being of the type of scientific installation that would be important enough to qualify. The other was Cern, the European laboratory for particle physics on the Franco-Swiss border. The Royal Observatory in Greenwich is one of the few scientific centres included among the 851 existing World Heritage Sites recognising places of outstanding natural or cultural importance. Similarly, the Royal Botanic Gardens, Kew, has been made a World Heritage Site, but neither achieved the status because of its scientific achievements alone.

Christopher Young, head of world heritage for English Heritage, which advises the Government on the suitability of sites, said: “The World Heritage Convention is about cultural heritage and science is one very important part of that. The sort of place we might be looking at for would be a place of major importance in advancing understanding of the world around us. A good example of that is Jodrell Bank. It’s clearly very important.” Tim O’Brien, an astrophysicist at Jodrell Bank, said: “We are flattered to be considered in such a way. I would agree such sites are an important part of our cultural heritage and I think we would certainly be worthy of such a designation.”

The UK is already host to 27 world heritage sites/areas (including those on overseas territories). There is no doubt in my mind that Jodrell Bank fully deserves to join the likes of the Tower of London, Avebury, and the Jurassic Coast. Perhaps Bletchley Park, the home of the Enigma code breakers and Colossus may be considered in the fullness of time

This reminds me of a tangential blogpost I've been meaning to write.

Probably somewhat unusual for a non-physicist type person, I have been to both Jodrell Bank and Cern, although not in the tunnel, but my friend did (when she worked for CERN, in Finance)

Glad I reminded you Ian!

I bet CERN was an interesting place to visit Gert

All of my Todays said...

Jodrell Bank is a very intersting place to visit and it is visually stunning, which we can testify to every day when we open our bedroom curtains. A very deserving site.