Comemorating the First Day of the Somme

90 years ago today officer’s whistles blown in Thiepval, to signal the start of the Battle of the Somme. By the end of the day over 19000 British soldiers lay dead, - the Army's worst ever losses in a single day. By the end of the campaign in November over a million Allied and German soldiers were killed or wounded.

Prince Charles is attending events commemorating the anniversary today. He will meet Britain's oldest war veteran, 110-year-old Henry Allingham
who served in the Royal Naval Air Service and RAF in World War I, will meet the Prince of Wales at the commemorations. There are now no known surviving UK veterans of the Somme trenches. 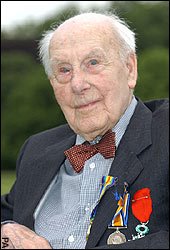 Henry Allingham
The Princess Royal, who is Colonel-in-Chief of the Royal Newfoundland Regiment, will attend a ceremony at Beaumont Hamel on the Somme. The Newfoundland Regiment sent 22 officers and around 758 other ranks over the top on 1 July - all the officers and around 658 other ranks died. Meanwhile, the Duke of Gloucester, who is honorary president of the Somme Association, will be at "Ulster Tower", the oldest official memorial on the western front dedicated to the 36 (Ulster) Division and other Irish soldiers. 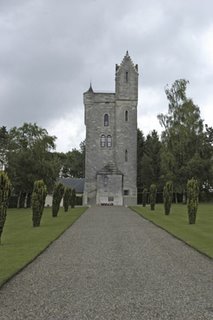 Ulster Division Memorial, Thiepval
The prime objective of the Somme offensive was to storm and capture the German lines. Allied forces would then pour through the breach, roll up the German line and finish the war. Field Marshal Sir Douglas Haig threw 14 divisions at the German lines but no breakthrough was made. The, campaign continued for the next four months ending on 18 November 1916, when the 51st (Highland) Division took Beaumont Hamel - an objective for the first day of the offensive. Although British and Empires force suffered over 400,000 casualties during the campaign (in addition there were over 200,000 French losses) German losses were even heavier and it is still regarded as a major defeat in Germany.

Amazingly the Somme campaign was largely forgotten until its 50th anniversary in 1966 – Until then Ypres was the name became synonymous with Great War slaughter. This changed when the Times ran a series of features for the Somme anniversary. This changed

Historians immediately concentrated on the quality of British generalship. The view that British soldiers were “lions” led by “donkeys” (as typified by General Melchett in Blackadder goes Forth) originated in the 1960s and may have been as much a reaction to Vietnam as serious historical thought. Currently the general view is that Somme campaign was part of a dreadful learning curve without which the decisive victories of 1918 could not have happened. It should be noted that although their losses were lower than more junior ranks around 0ne British general in ten was killed leading their troops in WWI including three during the first days of the Somme campaign.

The Somme generated an appalling loss of life for little immediate gain. However, the sacrifice of so many men was not in vain. After this the idea of the “big push” was put aside in favour of a more achievable and less bloody “bite and hold” approach. Even so one cannot but meditate upon the carnage of one day 90 years ago and wonder if it was worth the cost.


Battle of the Somme
War
Posted by jams o donnell at 10:45 am

I'd forgotten about Somme. That was definitely a big battle but one that's sometimes overlooked regrettably. Great entry!

Thanks Dave it was an awful battle. Overshadowed by Verdun or the killing fields of WWII (eg Kursk) but a terrible battle still

I had an uncle who fought with the Canadians in the Great War. That generation died out with my dad two years ago, but the Somme and Ypers (apparently pronounced "wipers" by anglophone Canadians) were wtill talked about when I was growing up. Black Adder and all, (which I watched two days ago before I saw this), it was a horrible war, in many ways more dreadful that WWII. Thank you for this thoughtful, reflective piece.

I was very fortunate that my own grandfather wsa taken prisoner in August 1914. Had he not been captured he would probably have not survived the war. THat would have meant my father would not have been born.

Then again my dad served in Bomber Command during WWII. their death rate was almost 50%. I am very lucky to have been born!

Thanks to a wealthy family, my Dad avoided the Vietnam War and fathered me shortly thereafter.

Personal question time, but jams are you in your 50's then? My Mom and Dad are both turning 54 this year. My Dad is hopelessly addicted to The History Channel, with a particular interest in WWII.

Me? I'm 43. My mum and dad were in the second half of their 30s when I was born. My dad was the youngest of his family, born in 1926. He was 15 when he left Ireland to join the RAF with a doctored birth certificate.

I don't blame your dad for ducking out of Viertnam. I think Prime Minister Harold Wilson did the right thing when he told Lyndon B Johnson to get stuffed when asked to contribute British forces to the fight.

You're a young buck, jams! Since most of my parents generation had parents who fought or participated in WWII, I just made that leap that you'd be in the same age range.

I had a friend just a few years older than me whose father served in WWI!