Shine No More You Crazy Diamond 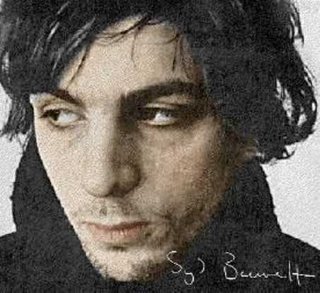 Syd Barrett, the former lead singer of Pink Floyd and one of the key figures of the 60s, has died at the Cambridgeshire home to which he retreated as a recluse more than 30 years ago. Barrett, 60, who suffered from a psychedelic-drug induced breakdown while at the peak of his career, died last Friday from cancer.

Born Roger Keith Barrett in Cambridge in 1946, he acquired the nickname Syd aged 15. He left Pink Floyd in 1968, just as the band was about to achieve worldwide recognition, and lived in the basement of his mother’s house, where he boarded up the windows to keep out the eyes of both the press and fans. He recorded two solo albums.

Pink Floyd's Shine on You Crazy Diamond, from the 1975 album Wish You Were Here, was said by many to be a salute to him. Barrett's use of drugs, particularly LSD, in the 60s, was well-documented and he was often described as the original acid casualty.

A statement issued on behalf of Pink Floyd said: "The band are naturally very upset and sad to learn of Syd Barrett's death. Syd was the guiding light of the early band line-up and leaves a legacy which continues to inspire."

Barrett’s influence on the music scene continues even to this day. If it had not been for him we may not have had David Bowie or many of the other artists he inspired, including Robyn Hitchcock

From the Guardian. A full obituary is available here
Posted by jams o donnell at 8:04 pm

My second oldest daughter and I heard "Madonna Of The Wasps" yesterday on the alternative XM radio station. I was surprised when she excitedly said, "OOH, I really like that song". HA! Maybe, I do possess the super human powers to steer pre-teens away from crap Britney Speers music.

Poor Syd. This story almost reminds me of that fellow who lost out on Beatles fame, Pete Best. A very cautionary tale of the dangers of drug use though, to be sure.

Exceeelllent (a la Monty Buns)!!! You have a child of impeccable taste! All that Robyn out there just to be heard, some of she would hate. Shame I can't find a video of Airscape, Robyn's greatest song in my view.