Well I always thought that HP Sauce was a biohazard 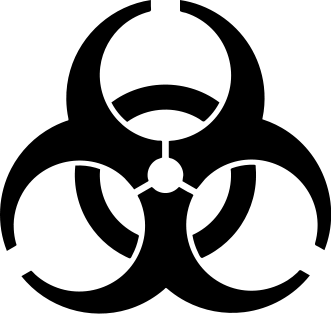 According to Friday’s Telegraph police in full protective equipment were sent to investigate the spillage of a potentially dangerous liquid.

Officers responded after receiving reports that a bottle of brown fluid had been thrown through the window of a parked car on a residential street in Enfield, north London, in the early hours of the morning.

Accompanied by fire crews and paramedics in support, the police examined the inside of the 4x4 where the mystery substance had leaked. A female officer was even taken to a local hospital as a precaution after getting some of it on her suit, according to reports.

Only later did tests show that the liquid was HP Sauce An eyewitness said: "It was hilarious. What an overreaction – they certainly had egg on their faces (A class III biohazard in its own right) by the time they'd finished.

A Metropolitan Police spokesman said: 'We were called to the scene just after 3am to reports of something thrown into a car, with the car alarm going off. "With any unidentified chemical spillages we have to treat all incidents equally seriously."

I suppose it’s just as well it wasn’t a Marmite spillage
Posted by jams o donnell at 2:07 pm

Yes Marmite would have been much more serious! I do miss the Telegraph but I make do with 'best of today' from the BBC on my i-pod which more or less keeps me in tune.
Cheers

Seems a bit of overkill. If they could see the bottle it has such a distinctive shape even if it had broken!

Thank God there wasn't a Scotch Egg with the brown sauce...

I'm more of a Grauniad man myself Maddy. Marmite is evil stuff!

Or something from the La Brea Tar Pits Steve!

It was just a bit Cherie

My giod the whole place would have to be decontaminated Egg!

So distant from the quiet heroism of The Blue Lamp that it seems like a different world now.

It does seem a bit funny but only in retrospect. Mind you I'll bet they got a drubbing from their fellow workers.

It had a happy ending.

Not that the police of the Blue Lamp really existed....

I can really see the stick they will get in the canteen JMB!

That's true Ren. At the end of the day that is the important thing

And no steak attached? Pity...

THat would be too terrible to contemplate Snoopy!

There is no marmite in Australia, it might have been much worse with a 'Vegemite' spillage.
:)