A tragic news report from Ireland is almost certainly set to blow oen the debate on abortion in that country again. 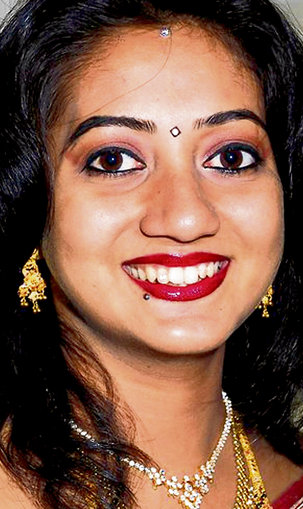 The Irish Times reports that Savita Halappanavar  who presented with back pain at the hospital on October 21st, was found to be miscarrying. She died died of septicaemia a week later.

Her husband, Praveen Halappanavar (34), an engineer at Boston Scientific in Galway, says she asked several times over a three-day period that the pregnancy be terminated. He says that, having been told she was miscarrying, and after one day in severe pain, Ms Halappanavar asked for a medical termination.

This was refused, he says, because the foetal heartbeat was still present and they were told, “this is a Catholic country”.

She spent a further 2½ days “in agony” until the foetal heartbeat stopped. The dead foetus was removed and Savita was taken to the high dependency unit and then the intensive care unit, where she died of septicaemia on the 28th.

A hospital spokesman confirmed the Health Service Executive had begun an investigation while the hospital had also instigated an internal investigation. He said the hospital extended its sympathy to the family and friends of Ms Halappanavar but could not discuss the details of any individual case.
Speaking from Belgaum in the Karnataka region of southwest India, Mr Halappanavar said an internal examination was performed when she first presented.

“The doctor told us the cervix was fully dilated, amniotic fluid was leaking and unfortunately the baby wouldn’t survive.” The doctor, he says, said it should be over in a few hours. There followed three days, he says, of the foetal heartbeat being checked several times a day.

“Savita was really in agony. She was very upset, but she accepted she was losing the baby. When the consultant came on the ward rounds on Monday morning Savita asked if they could not save the baby could they induce to end the pregnancy. The consultant said, ‘As long as there is a foetal heartbeat we can’t do anything’.

“Again on Tuesday morning, the ward rounds and the same discussion. The consultant said it was the law, that this is a Catholic country. Savita said: ‘I am neither Irish nor Catholic’ but they said there was nothing they could do. That evening she developed shakes and shivering and she was vomiting. She went to use the toilet and she collapsed. There were big alarms and a doctor took bloods and started her on antibiotics. The next morning I said she was so sick and asked again that they just end it, but they said they couldn’t.”


At lunchtime the foetal heart had stopped and Ms Halappanavar was brought to theatre to have the womb contents removed. “When she came out she was talking okay but she was very sick. That’s the last time I spoke to her.”

At 11 pm he got a call from the hospital. “They said they were shifting her to intensive care. Her heart and pulse were low, her temperature was high. She was sedated and critical but stable. She stayed stable on Friday but by 7pm on Saturday they said her heart, kidneys and liver weren’t functioning. She was critically ill. That night, we lost her.”

Mr Halappanavar took his wife’s body home on Thursday, November 1st, where she was cremated and laid to rest on November 3rd.

What can one say. Thanks to the machinations of those reactionary bastards in the Catholic Church abortion was made constitutionally illegal  following a referendum in 1983.

While information on abortion services and for women to travel abroad are allowed and there is a legal basis to permit abortion where a woman's life is in danger but no government has legislated on the matter.

To deny an abortion in a case like this is a callous and heartless act especially when the foetis was in the process of being aborted naturally anyway. The Haappanvar's may have lost a baby but the couple would almost certainly still be together.

In the process of protecting one life the law killed two. The law needs to be changed and changed now
Posted by jams o donnell at 1:11 pm

Religion is a curse when it is allowed to influence the law. Any law. Anywhere.

There are dumb people everywhere trying to end abortion. I hope some of them have paid attention to this very sad story.

I don't understand why the EU still retains membership for Ireland! the EU has no qualms about imposing sanctions and all sorts of regulations for non-white nations when it comes to being civilized but here is a white country that denies abortion to a woman based on some medieval law.

This is so horrible. So stupid. So sad. So avoidable.