The last resting place of the man they couldn't hang 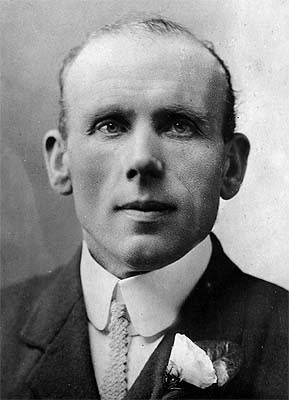 John Babbacombe Lee He was known as the “man they couldn’t hang”. In February 1885 he was sentenced to death for the murder of his employer Emma Keyse, a wealthy spinster from Babbacombe, Devon. Lee, a 20-year-old labourer, was described in court as “a depraved lunatic capable of smashing an old lady’s head with an axe, then slashing her throat with a knife”.

He became a celebrity when three attempts to hang him at Exeter Prison failed because the trap door of the scaffold jammed shut. After an appeal, the Home Secretary agreed it would be unfair to expect a man to “twice suffer the pangs of imminent death” and commuted his sentence to life imprisonment. He was eventually freed in 1907 after serving nearly 23 years in prison. a century the real fate of the notorious murderer John “Babbacombe” Lee remained a mystery.

For a brief period Lee traded on his notoriety, making personal appearances and even starring in a silent film but within a few years he had vanished into obscurity. There were rumours that he died in the workhouse in Tavistock According to the Times a historian has found Lee’s grave – in the USA.

Mike Holgate, from Torquay, Devon, had established that Lee had married in 1909 and deserted his pregnant wife and child in the workhouse in 1911. He emigrated to America with a woman falsely claiming to be his wife and died of heart failure in 1945 at the age of 80.

Mr Holgate tracked the convicted murderer’s eventual fate with the help of the Wisconsin Historical Society which found a record from 1939, when John Lee was alive and well at the age of 75. “It was then a matter of searching death certificates and newspaper cuttings until I found one that said he was buried in Forest Home Cemetery, Milwaukee. He had been suffering from cardiac problems. Ten days after receiving a visit from his doctor he succumbed to heart failure at his home on March 19, 1945. “

Once again there you have it. While I never lost a second's sleep pondering his ultimate fate it is interesting to find out what happened to him after he cheated the gallows.
Posted by jams o donnell at 11:56 am

A really interesting set of incidents causing that. By the way, hope the health is better.

It's another of those fascinating stories James. The pain's better but I am pretty immobile and need help with a lot of simple things!

Some good research there, would be interesting to know what happened to the poor deserted wife and child. I wonder if they knew his background.

I too, hope you will be out of plaster soon!

A rather creepy looking fellow, I noticed his tie, looks to me like woven twine or rope, serious!

Now that would be interesting Alison

Wow now you mention it Nunyaa!