Apology or not Kelvin Mackenzie is still a shit 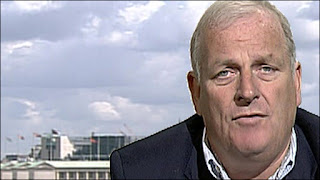 23 years ago Kelvin Mackenzie, the then editor of the Sun ran a story titled "The Truth" which claimed that Liverpool fans robbed and urinated on the dead and dying at Hillsborough.

Even six years ago  He was bullishly defending this position.During an after-dinner speech to New Calstle law firm Mincoffs Solicitors LLPon 30 November 2006, he said:

All I did wrong there was tell the truth. There was a surge of Liverpool fans who had been drinking and that is what caused the disaster. The only thing different we did was put it under the headline "The Truth". I went on world at one the next day and apologised. I only did that because Rupert Murdoch told me to. I wasn't sorry then and I'm not sorry now because we told the truth.

Today he has changed his tune offering this statement:

Today I offer my profuse apologies to the people of Liverpool for that headline.

I too was totally misled. Twenty three ago I was handed a piece of copy from a reputable news agency in Sheffield in which a senior police officer and a senior local MP were making serious allegations against fans in the stadium.
I had absolutely no reason to believe that these authority figures would lie and deceive over such a disaster.
As the Prime Minister has made clear these allegations were wholly untrue and were part of a concerted plot by police officers to discredit the supporters thereby shifting the blame for the tragedy from themselves.
It has taken more than two decades, 400,000 documents and a two-year inquiry to discover to my horror that it would have been far more accurate had I written the headline The Lies rather than The Truth.
I published in good faith and I am sorry that it was so wrong.

A case of too little too late, Im afraid. Somehow I doubt that poor contrite Kelvin will be seen enjoying the "Sene of Sight" at the Walker Gallery any time soon.

The Sun was not the only paper to carry such lies but they all retracted the story quickly afterward. It was not until 2004 that the Sun apologised. and it took until today for Mackenzie to utter these words. Mackenzie is still a scumbag.

Why do media attract so many sleazeballs? Don't tell me, I am afraid I know...