Kelvin Mackenzie has a nerve

As editor of the Sun Kelvin Mackenzie gave the go ahead  for some disgraceful stories but none worse than one titled "The Truth" in which the paper smeared the conduct of Liverpool fans during the Hilsborough disster in 1989. It claimed that Liverpool fans urinated on police officers and stole from the dead. Other papers did run the story too but couched it in conjectural terms and backtracked very quickly.  Hee is the Suns's front page fro that edition: 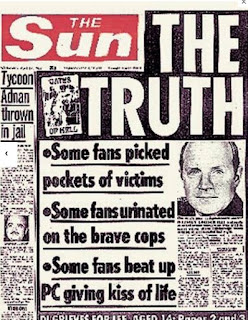 The  Taylor report into the disaster put responsibility for the tragedy firmly on the police. The recent findings of the Hillsborogh Independent Panel revealed the extent to which  the police conspired to shift the blame for the disaster from their shoulders and on to the fans. The false story of fan misconduct was a police fabrication.


Yesterday it was reported that MacKenzie had instructed solicitors to demand an “apology and recompense” from South Yorkshire Police over the newspaper's discredited reporting of the Hillsborough disaster. 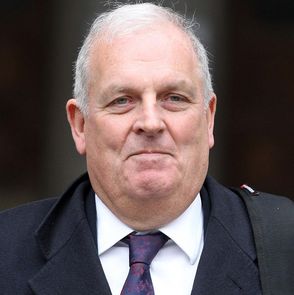 According to extracts published on the Spectator's website, Mr MacKenzie wrotes: "Now I know - you know, we all know - that the fans were right. But it took 23 years, two inquiries, one inquest and research into 400,000 documents, many of which were kept secret under the 30-year no-publication rule, to discover there was a vast cover-up by South Yorkshire Police about the disaster.
"Where does that leave me?"

.
Mackenzie apologised to the people of Liverpool following the ubliation of the Hilsborough Independent Panel's report. However he had remained steadfast in his belief that the the fans had commited those terrible acts right up to that moment.

I simply cannot believe that Mackenzie has the gall to try and portay himself as some sort of victim in this story albeit an indirect victim. Words fail me.

This isn’t a sick joke. It’s beyond sick. Let’s just ponder this madness for a moment – Kelvin MacKenzie, a sad and miserable apology for a human being who seemingly didn’t care that he was defiling the memory of those who died at Hillsborough and defaming the survivors and the entire city of Liverpool, wants an apology.

... it’s the poverty-stricken tactic of a man who has been surfing the sewers for more than 23 years and is now desperate to save his own skin – and future employment opportunities on radio and television channels and in newspapers that might still be foolish enough to consider hiring him.

MacKenzie wants South Yorkshire Police to apologise for the “vilification” he has received since his notorious front page. Why was he vilified? Er, because he happily accepted their allegations – their lies – as facts.


Kelvin MacKenzie, we know what you are – and, hopefully, the rest of the country now does, too. An apology? How low can you go?