The Highways Agency does its bit to save the Black Poplar 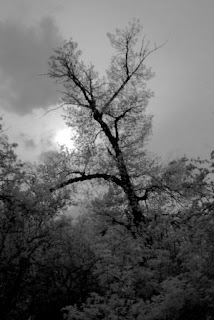 I will freely admit that I am an ignoramus when it comes to identifying trees (okay I can tell an oak...) One of the few I can definitely identify is the Black Poplar and that is because of a whopping great sign at a local nature reserve providing a wealth of information about the tree, including the fact that it is one of the rarest trees in Britain.. I have put up posts on the trees at the Chase nature reserve here, also here and here.

It is good to see that the Highways Agency is doing its bit to prevent this tree from extinction. 24 of them have been planted along the A421 Great Barford Bypass, near Bedford recently. In 1993, environmental scientists predicted the species would be extinct in Britain within 20 years because land development was lowering the water table in many places and this was destroying the trees' natural habitat.

The Highways Agency has now started a planting programme for the Black Poplar on its road schemes. They will be used in landscaping to bring back a traditional look to the countryside, the Highways Agency said.
Posted by jams o donnell at 3:52 pm

Thanks. I really do like the trees. The nature reserve is such a great place to get away from the noise and speed of life just for a while