We shall fight them in the bedrooms....

Roald Dahl is best known as the author of bestselling children’s books such as Charlie and the Chocolate Factory and James and the Giant Peach. However, according to an article in today’s Sunday Times he was the sexiest British spy in America.

A new book, The Irregulars: Roald Dahl and the British Spy Ring in Wartime Washington by Jennet Conant draws on a previously unpublished trove of Dahl letters and other documents may prove the most comprehensive account of Dahl’s raucous wartime exploits as a charming RAF attaché.

Injured during training as an RAF pilot, Dahl fought in the Middle East before he was declared unfit to fly and was shipped to the Washington embassy in 1942. He immediately cut a swathe as a 6ft 6in battle-scarred pilot who was nonetheless horrified to find himself “in the middle of a cocktail mob in America”.

He struck up a friendship with Charles Marsh, a self-made Texan newspaper magnate who was a fan of Winston Churchill and a ready ally in the British effort to win American support against Adolf Hitler. With Marsh’s help, Dahl became close to prominent American journalists and senior US officials, notably Henry Wallace, the isolationist vice-president. His social-climbing skills attracted the attention of William Stephenson, the Canadian spymaster, who was running a clandestine British effort to draw America into the war (although by 1942 America was already at war with Germany)

Dahl leapt at the chance to join the world of codenames and secret passwords. His job, writes Conant, was “to be as engaging as possible, a bright and breezy presence at table, and encourage confidences from those in the know”. At a British embassy dinner, Dahl was deliberately placed next to Clare Boothe Luce, a right-wing congresswoman and the sexually frisky wife of the publisher of Time magazine - her anticolonial tirades and distaste for Churchill were worrying British officials. It was Dahl’s job to get close to Boothe Luce, which he managed only too easily. She proved such a tigress in bed that Dahl later claimed to have begged his superiors to take him off the assignment (complaining that Boothe Luce, 13 years his senior, had left him “all f***** out” after three nights of bedroom capers). He was ordered back to the bedroom, and told to close his eyes and think of England! 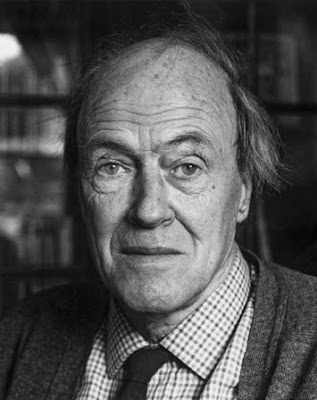 Roald Dahl after 3 nights with Booth Luce
During the course of his kissing and telling career, Dahl managed to pass on several useful intelligence titbits and a couple of purloined documents. He came to believe from his visits to the Roosevelt family home in Hyde Park, New York state, that the crippled president was having an affair with Crown Princess Martha of Norway, who had been granted asylum by the US.

A previous biography of Dahl described him as “one of the biggest cocksmen in America”, and Conant seems to relate how he earned the accolade.

I will have to put this book on my reading list. It sounds as if Dahl’s activities in the US were a case of “They also serve”... or should that be “They also service?”

Well, FDR was no stranger to affairs....He had one with his wife's secretary before he became crippled in 1921. She later married and was then widowed and was with FDR when he had his stroke. The White House people had to get her out f the way fast to avoid a scandal.

I'm quite tempted! Have you also read his boyhood memoires = a real hoot!
Cheers

Now why can't I get a job like that?

He was a bit of an old goat Richard!

It certainly does Cherie

I haven't read it Maddy. I must give it a whirll

I wonder that myself Crushed!

James and the Giant Peach is great, was brought to my attention recently and the boys loved it. As for him being sexy, surely they must have been wearing beer goggles?

He must have had some attributes Nunyaa.. A silver tongue with other skills perhaps!

Ha, I enjoyed reading many of his short-stories ('Kiss Kiss', 'Over to you' etc.) in the seventies. Very entertaining, often with great plots.
Somehow, when reading this post I thought to have a déjà vu, i.e. I wonder if it is news Conant is telling.
Hm, never mind, as long as it's interestingly written. :)
Good post, anyway, Jams.

I haven't read any of his storues in years. I have it in mind to get a copy of this book to see just how much of a cocksman he was!

I'll have to read that, too!

What was that Jams? sounds rude to me :)

My oldest daughter just finished The Umbrella Man by Dahl and she really liked it. I'm going to try to block out memory of this post the next time I watch Charlie And The Chocolate Factory. I don't want to think of Roald Dahl getting it on.

JUst so long as nobody makes the film Roald and the quimfest!

'should that be “They also service?”'

It should be "They also sacrifice"...