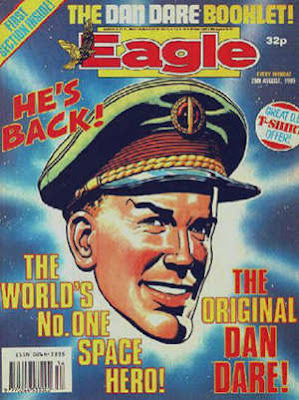 Sadly it seems that space heroes will not be tall, and handsome galacto-babe magnets; it is more likely that they will be snort, fat and bald!

The website Phenomenica.com carries a report of a lecture given by astrobiologist Dr Lewis Dartnell at the Cheltenham Science Festival.According to Dr Dartnell making long space voyages will do no good to your appearance. He believes that near zero gravity would leave humans stunted and cause their bones and muscles to be underdeveloped. 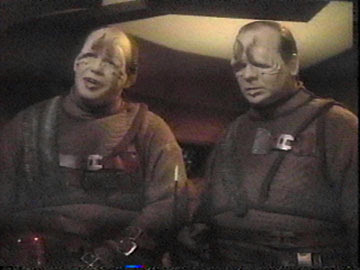 Will space voyagers look more like Pakleds?
Dr Dartnell added, if humans spent extended periods in space they will have bloated faces and lose their hair. This will happen because fluid would pool in their skulls and there would be no need for insulation from the cold. "With little effort required to move around in microgravity and an environment that is never too hot or cold, future spacemen and women are likely to become pretty chubby," he said.
"Without gravity, fluid would float up to pool in the skull, which would cause the head to look permanently swollen out of proportion.Also, with no need for hair to insulate the head or eyelashes to flick dust from their eyes, future humans may become completely hairless,”

Ah well, At least when I get frozen and land up in the future I can claim to be a space ranger given that I already have the physique of a person who has spent a long travelling the galaxy (sighs)
Posted by jams o donnell at 5:08 pm

In other words, closer to a real alien.

or an unattractive human!

Ah Steve he is meant to be the lantern jawed hero... from teh Mekon's view he may be an astromonster though!

There is another problem, Jams, for us portly people: the future space travel companies will charge by mass of the passenger, I'm sure.

And imagine the food they will push on you during the travel... better be frozen for the duration, I guess.

Indeed Snoopy! On the other hand thoose of us of a more portly carriage may end up as Soylent Green!