I learned something new today 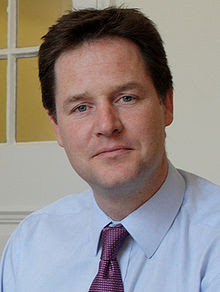 Clegg
For those of my readers who are not familiar with British politics Nick Clegg is the leader of the Libeeral Democrat Party, the third major party in British Politics. It is a long way behind the Tories and the Labour party in the number of seats held and in Scotland and Wales it is the fourth major party" here it is supplanted by the Scottish National Party and Plaid Cymru respectively).

At present it holds 57 seats in the national parliament and is the junior partner in a coalition with the conservatives. The Lib Dem fortunes are on the wane and unless there is a major change in voting intentions it is likely to lose up between 50% and 66%  of its seats at the next election.


But psephology is not the reason for this post. I did not know until a few hours ago that a clegg is a valid English word (Shirley, having a far greater knowledge of of the natural world than I do knew this already). 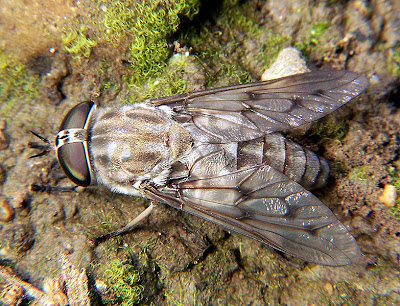 clegg
A clegg is in fact describe in the dictionary as a horsefly the females of which will bite humans to suck their blood.

Quite appropriate. Then again if I had to hazard a guess at what a clegg was I would have gone for a horse's arse rather than a horsefly

You taught me TWO new words in this post... not only "clegg" but also "psephology"! Thanks!

That fly is horrible

Glad to be of service Steve!

Which fly nursie. The one on the top is bloody obnoxious too!

Off to look up 'psephology'.

He he... well, it applies to most pols, of course.

Let's face it there is one definition Merkel, Sarkozy, Cameron, Netanyahu and so on... and this is horse apples (euphemistically)