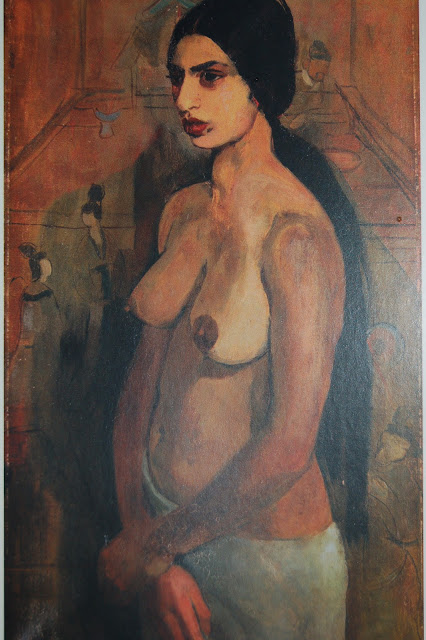 A self ortrait by Indian-Hungarian artist Amrita Shergill. While thousands were flocking to the Tate Modern in 2007 to see Gilbert and George "Poo Bum Willy" art a couple of small galleries on the same floor were set aside for a free exhibition of Shergill's work

Shergill a prodigious talent, was born in 1913 but died at the age of just 28 in 1941. She was a prodigious talent. One can only wonder what she would have produced if the world had been graced with her presence for longer.
Posted by jams o donnell at 6:22 pm

I love this painting

It is a lovely portrait.

I love it Cherie

I just read a little about her on Wikipedia and see she's still the only Asian ever to be elected to the Grand Salon. It is sad indeed she died so young, but what a life she lived, eh?

What a life indeed.If only it was longer though