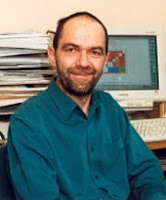 It’s hard to imagine that it was just 25 years ago that Alec Jeffreys had the inspiration that allowed him to develop DNA fingerprinting, something that has become one of the most powerful tools in forensic science. At the time I was in the final year of my Physiology and Biochemistry degree at Southampton University, but I digress. In today’s Guardian Professor Jeffreys, warns that the government is putting at risk public support for the DNA national database by holding the genetic details of hundreds of thousands of innocent people.

Jeffreys, has condemned the government for keeping the details of everyone arrested, regardless of whether they are later convicted. He said he was left "almost speechless" by reports that the government planned to respond to a recent European court ruling - that storing innocent people's genetic details broke their right to privacy - by simply removing their profiles from the database but keeping the original DNA samples.

"I have significant concerns there [about the size of the database], he said. That database is currently populated by an unknown number of entirely innocent people. It is not possible to get an accurate number but it appears to be hundreds of thousands. My view is very clear that if you have been convicted of a crime then you owe it to society to be retained on that database for catching in the future should you reoffend. But the retention of entirely innocent people is a whole different issue. There is a sort of presumption here that if they haven't committed any crime now, then they will in the future."

Professor Jeffries believes DNA fingerprinting was a valuable technology and investigative tool which had enjoyed considerable public backing; his concern was the loss of that support. "My genome is my property. It is not the state's. I will allow the state access to that genome under very strict circumstances. I have met some [innocent] people who are on the database and are really distressed by the fact. They feel branded as criminals and I would feel branded as a criminal."
Police in England, Wales and Northern Ireland routinely take DNA samples from everyone arrested on suspicion of committing a recordable offence, which are then added to the national database. In Scotland, DNA records are destroyed if someone is acquitted, apart from in a small number of serious cases.

Professor Jeffreys dismisses the Home Office argument that keeping the genetic details of everyone, even those acquitted, helped solve other crimes. "If you just dumped a few hundred thousand people at random on to the database you'd get the same effect," he said. "I have never seen any argument in favour of England, Wales and Northern Ireland being the only countries in the world to retain the DNA of entirely innocent people. There are serious issues of discrimination and stigmatisation of branches of society that are over-represented on the database."

I agree wholeheartedly with Sir Alec. There is no good reason to retain DNA samples or profiles where there is no charge or the charge is dropped. On this occasion the Government should comply with the European court or bring English law (and Welsh and Northern Irish law) in line with that in Scotland.
Posted by jams o donnell at 5:35 pm

I agree about removing DNA if you are acquitted. However, I would be willing to volunteer my DNA for the database.

If I was murdered and dumped in a river, I would like the police to be able to identify my corpse quickly and easily.

That is definitely a different kettle of fish Hunter to compulsory retention.