I was tagged a little while ago by Tyger regarding my obsessions. Sorry I haven’t gotten around to setting them out yet Tyger but here goes.... 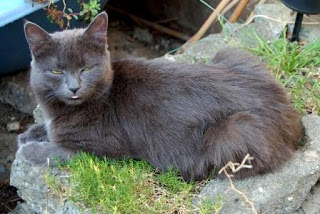 And what of your Sempervivums?

Perhaps this is not surprising given the number of feline residents here at Hope Cottages (not our name for the group of houses but some Victorian builder’s). We have had five here since we bought the place in 1992. Four will be well known of course through my Friday cat blogging, the fifth, Oscar, died in 2002 aged about 17.

The great thing is that you know where you are with cats, under the thumb that evolution will probably bring them in a million years or so! 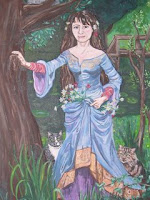 She is the love of my life, I am the bane of hers or so she says. She is quiet, I am loud; she is slim, I am carrying too large a belly; she has beautiful long brown hair, what’s left of mine is grey. She is 43 this summer, but looks about 10 years younger... as one online friend said when I showed her a photo of the not-wife “you lucky bastard” I think I am... The not wife does agree that she should come second in this list so I am not about to be beaten to death with a hammer!

I have quite a sizeable record/cd but my two greatest musical l obsessions are for Robyn Hitchcock and Hawkwind. (Again no big surprise). 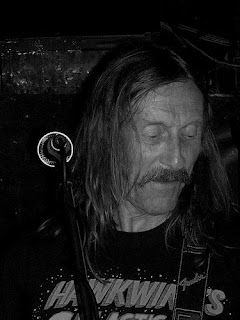 Dave Brock
Hawkwind I first encountered when they appeared on Top of the Pops in 1972 with “Silver Machine”. My sister had a copy of their 1974 album “Hall of the Mountain Grill” but it wasn’t until 1979 that the obsession started. A Hawkwind gig was my first ever concert (December 1979) and they remain the band I have see most times. I fell out of love with them in the early 90s but love was rekindled a few years ago. They are still going strong, albeit with a reduced fan base, and they are well worth seeing live. Even though Dave Brock is a pensioner now, Hawkwind have always evolved musically. 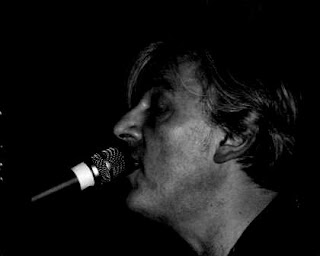 Although I had heard of the Soft Boys in the early 80s I did not hear anything by Robyn until I was at University. A purchase of the Soft Boys album “Two Halves for the price of One” and the single “He’s a Reptile” later and I was hooked.

Perhaps this is not surprising given the number of feline residents here at Hope Cottages. We have had five here since we bought the place in 1992....

I don’t pretend to be much good but I am quite pleased with some of my photos. I have far too much kit - a Nikon F70 35mm SLR, a Nikon D50 digital SLR, Nikon coolpix and Panasonic Lumix compact digitals and a Bronica ETRS medium format camera. I still have an old lubitel and a Pentax Super A somewhere too. If only my six numbers came up then Hasselblad and Leica products would be on my shopping list!

I have a liking for statues, flowers and insects (err surprise, surprise!). Perhaps I should invest in some kit to do proper macro work.

I read a lot of fiction and History and little else except the Fortean Times (I still sneak a look at 2000AD at the station WH Smiths to see what Judge Dredd is up to – unsurprisingly it seems that age has not dimmed his capacity to dole out lots of violence) . Political tracts of any persuasion are usually for insomnia or the impending toilet paper shortage. There are some books I can go back to time and time again (Third Policeman, Confederacy of Dunces and several others) but I also go through phases with authors. Often when I find an author I enjoy I feel compelled to read everything they have written. I did that with Herman Hesse in my teens, John Steinbeck, T C Boyle, Carl Hiaasen, Graham Greene, Gabriel Garcia Marquez and many others. Most recently it’s been Terry Pratchett’s Discworld books. It may come as no surprise that Flann O’ Brien is well loved here...

I used to be quite a heavy drinker, I don’t drink very much now but when I do drink I want something palatable. An Islay malt, a Cote Rotie, a good quality Zinfandel (NOT a white one!), Chateau Musar (a wonderful thug of a wine which can be used for unarmed combat) a Frambozen, a nice warm real ale with bits floating in it... Ah bliss. But not all at once and some of them very sparingly as my taste sometimes exceeds the capacity of my wallet.

Hell is uncomfortable shoes. I shelled out on a couple of pairs of Church’s about 10 years ago and they will last me for quite some time to come. I may be a scruffy sod with coffee stains on my tie but my shoes are well turned out!

I am one of the few people who still regularly uses a fountain pen. I have a small collection of vintage pens. My favourite is a 50 year old Conway Stewart with a “cracked ice” pattern. I must also be one of the last few people still to use a propelling pencil (a Yard o led form the late 40s) Shame I have a scrawl rather than handwriting...

The not wife and I both enjoy dressing from head to foot in rub... err I think I will keep that one private! But I do like Kinky Friedman. Oh, did I mention I love cats?

Who to tag? Elasticwaistbandlady and Sonia too (I think I can hazard a guess at at least one of her obsessions (Quilting perhaps?)

You're a classy guy, and a lucky guy by the sounds of it! ;o)

Oh nooooeeeessss!!!!!!!!!! I've tried to avoid this meme because I have short attention span syndrome to the extreme. An obsession one day is a forgotten thing the next.

So, in essence, the pivotal moment where you feel you can die happy would be when a horde of kitties show up swaying to a soft Robyn beat while hoisting 'Kinky For Guvnor' signs and snapping pictures while writing with fancy fountain pens, over and over, "She's No Not-Wife. She's A Hot-Wife."

Thanks for the meme, Jams.

But quilting won't be among topics discussed, sorry...

Thanks Tyger, much appreciated!

Aww go on ewbl, I know you'll be just fine! Er as you describe iot that's pretty damn right for my motivations!

Sonia, I am surprised. I had it in mind that such a sober puritan as you would enjy something of that sort!!