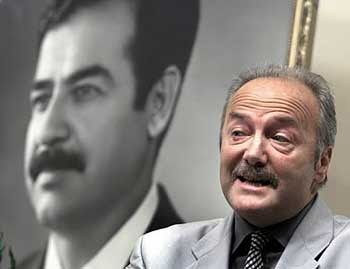 Last week George Galloway declared that the Iranian election was fair and square and the result absolutely, and utterly reflected the voting patterns of the Iranian people. The protestors on the other hand were simply the liberal elite who would lose interest quickly.

It was therefore interesting to go to the Daily Record to see what Galloway had to say on last week’s events in Iran. (he has a weekly column in the Daily Record.. where does he find the time) Do we see a resounding condemnation of the Iranian regime’s attacks on protestors? Do we my arse!

Firstly George waxes lyrical about Virgin Atlantic in what could be a paid advert! He devotes the more column inches too snide attacks on his erstwhile Labour colleagues than he does on the situation in Iran

“I just wish people like John Simpson would admit that the BBC - that's the Bush and Blair Corporation - has an agenda in its coverage of Iran, which is vehemently antigovernment.Poor old John looks a shadow - OK, a pretty substantial shadow - of his former confident and incisive self, falling over his words as he hams a take into a blurry digicam from a toilet in Tehran, or wherever he sends these faltering reports from. “

"Can we just look at the facts here, which sadly get in the way of a good story? We do not have one iota of evidence that the Iranian election was fiddled. Until we do, we should respect the result."

And here is his support for the protestors:

As we should the rights of the Tehran protesters to demonstrate peacefully on the streets without being shot or beaten up by government militias or soldiers.

In Galloway World, the election was fair and the BBC is biased against the Iranian authorities.(Or should that be the OBC now that Obama and Brown are president and prime minister George...). Perhaps the BBC should have gone out and sought the views of the Basij and the Revolutionary Guard

Galloway gives no appreciable support to the protestors apart from a throwaway line that he can bring out in the future to show everyone that he supported the protests all along. But then what can we expect from this opportunistic Stalinist Shithead?.
Posted by jams o donnell at 9:57 am

I thnk Stalinist Shithead is about right Snoopy!