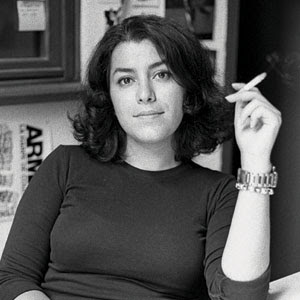 Marjane Satrapi
Marjane Satrapi’s masterpiece of life during and after the Iranian Revolution of 1979 (and her time in Austria and her subsequent return to Iran) has been reworked to reflect the situation in Iran following the June 12 election, outrage at the result, street protests, the role of Twitter in the unrest, and the death of Neda Agha Soltan.

As reported in the Guardian Persepolis 2.0 is based on images in Satrapi’s original work the new cartoon is the initiative of two Iranian exiles called Sina and Payman. Marjane Satrapi, gave her permission for the update, but was not directly involved.

Sina said the updated cartoon was intended to show how history was repeating itself in Iran. "The reaction to Persepolis 2.0 has been great, We've had visitors from 120 countries thus far, and a large volume of emails from people asking how they can help support Iranians. This has really infused us with energy, and we're now working on additional ways to help get the word out."

Persepolis 2.0 can be viewed at the website Spread Persepolis. I would strongly recommend a visit

My thanks to Modernity blog for drawing my attention to this work.
Posted by jams o donnell at 9:45 pm

It's well worth looking at James

Will check it out. I saw the Persepolis film in the theatre last year when I was in London. I just got the DVD a few weeks ago!

It truly is a DVD to have. Have you seen the original book(s) it was based on?

I have a copy of Persepolis, the dvd. A lovely detaiI remember is the grandmother puts jasmine flowers in her bra every day.

It is a superb film. I would strongly recommend getting the graphic novel. My friends Elahe and Azadeh, who are the same age as Satrapi, say about the first part that it portrayed their own life. Now that says everything I need to know about the background of the book

I've not seen the books; I'll keep my eye out.

It is well worth it. It is tragic and funny by turns. It is life in an insane time