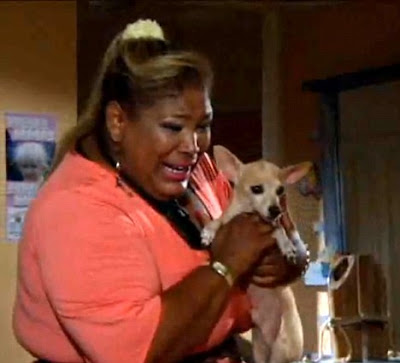 Venezuela and Little Hugo
The Telegraph (and many other sources) report that Venezuelan President Hugo Chavez has ordered a private television station to stop showing a Colombian soap opera featuring a troublesome dog called Little Hugo owned by a girl called Venezuela who feels better off without him.

The country's National Telecommunications Commission condemned the programme for it's "degrading treatment of Venezuela" and asked Televen to immediately stop broadcasting it.

In one episode, Venezuela is shown searching for her dog after he goes missing, calling out: "Little Hugo? Baby? Baby? Cutie?" Later Venezuela is seen crying as she talks to someone over the phone and asks: "What will become of Venezuela without Little Hugo?" A man replies: "Venezuela will be free. Lately Little Hugo was defecating everywhere." 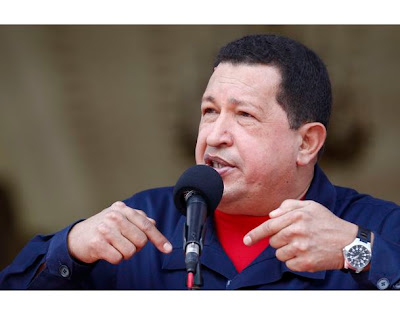 Speaking on Saturday President Chavez (above) said: "What disrespect for Venezuela! It is a disgraceful slur on the real “Little Hugo” who is rather large and has satisfied over a thousand ladies. That soap is so horrible. “

They man is an utter douche!

hilarious
:)
I have emailed the link to your post to my (Colombian) friends in Spain.
heh heh

I couldn't resist adding a bit to the story JD. Still it's pretty funny

If anything the dog should be insulted by comparison to a stupid corrupt criminal. I would never name
a beloved family pet after such a clown.

But a little dog that shits everywhere! Personally I think it's funny