The Poor Mouth – Twinned with a Burundi latrine 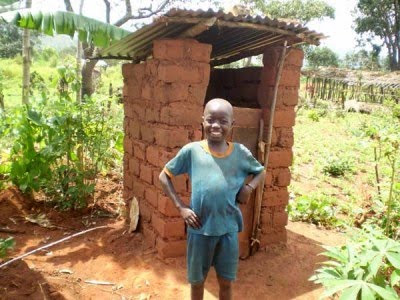 The Poor Mouth is now officially twinned with a latrine (probably similar to the one shown above) in Giharo in the Rutana Province of Burundi. This is not perhaps a surprise to those who consider this blog to be a load of crap anyway.


The Poor Mouth was twinned via an organisation called Toilet Twinning which has a serious function :s to fund sanitation projects in Africa.

Access to clear water and safe sanitation is something we take for granted here. We are fortunate not to be among the 2.6 billion people who do not have access to such a basic need; and even luckier not to be one of the thousands who die every day because of unsafe sanitation.

Good sanitation means people stay healthy, can go to school or earn an income – transforming lives and alleviating poverty. For every £1 spent on a water and sanitation programme, an estimated £8 is returned through saved time, increased productivity and reduced health costs.

I had not heard of Toilet Twinning until last week when I attended a lecture at the RSA and saw a twinning notice in one of their toilets. I hope that the money does some good
Posted by jams o donnell at 2:31 pm

This is an awesome cause! It's unfathomable to think about people still suffering from disease simply because of archaic sanitation methods....especially in this day and age!

I'm not a tree hugger. But I could certainly envision myself as a toilet hugger!

Well done, I think that it's a great cause.

Haha EWBL I have hugged toilets far too often in my time. These days it's for Norovirus rather than for alcoholic excess!

Seriously though it is a great cause. It is one I am proud to support

It's not cheap but it is a great cause Liz

Um, a bit more than Husband would approve of me spending I fear. But I shall talk nicely to him.

Meantime, 'Bad sanitation is one of the world’s biggest killers: it hits women, children, old and sick people hardest'; why not men?

At first I thought you were kidding but I see it's actually an excellent idea! I am off to peruse the website!

It is well worth supporting Knatolee