60 Glorious Years(well some of them probably were) 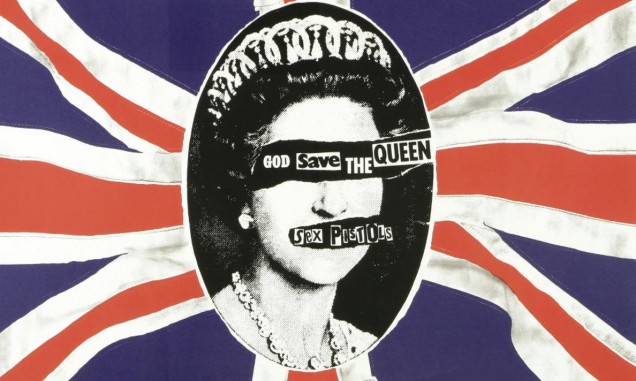 I am no ardent royalist; indeed, by inclination, I am a republican but I have a certain affection for the Queen and let's face it there is not a particularly great hunger in the UK for a republic.

Today marks the 60th anniversary of her accession to the throne and nay she reign for at least another three and a bit years, thus becoming Britain's longest ever reigning monarch. Charles on the other hand is a Class A wanker
Posted by jams o donnell at 12:13 pm

CHuck is definitely a wanker, but I have respect for the Queen. She works hard and has devoted her life to public service. I would not want that job for all the tea in England!

Not a job I would care for either!

I love the Queen. She is of my generation. And, except for a few exceptions (like Phillip), we're all a bunch of good, solid, dutiful people. May she live to be a hundred. And may the rest of the gang retire forever on fancy islands. In Canada, we don't care for any of them. But we love the Queen. God save our gracious Queen!

I can't see Charlie boy getting anything like the adulation Liz gets. If her mum is anything to go by then she may well live to 100!

I miss that black sheep Margaret

@ nursemyra - I do too! I could forgive her anything. She didn't take that whole shit very seriously but sadly was caught in it all.

Ah yes. I suppose since she was the spare and then Liz had kids she had no real royal purpose. Just so long as she had some fun!

Can you picture the Empire with the twit who (mercifully) resigned?


THanks Pat. There's nom real appetite for republic here so we might as well get on with a constitutional monarch

I have absolutely no affection for the members of this royal family. Perhaps a tad for poor Margaret but I am not making a point about them as individual people. But that's all they are people, just like thre rest of us. But people with too much money, way too much power, too much priviledge and no one voted for them, did they? I wonder if any of them still believe in 'Divine Right'.
My main point here is that they are emblematic of , and at the apex of the god damned stinking class system. I could go on but that's my main point - the class system.

Well...To each, his/her own... There's always somebody at the top. And all we said here is that the Queen is a nice old gal. And she works quite hard at her job. Although half of the French in Quebec wants out, I like to be part of the British Commonwealth. There's security in numbers. And I prefer the Queen to any Dictator or Emperor I ever heard of. Of course, all this could be reconsidered depending on who succeeds her.

Claude, I am not attacking anyone here! I'm simply stating my opinion.
I was born, and lived in England for my first fourteen years. And my background is working class. A long time has passed and I've not returned for a long time so things may be somewhat different, though I doubt that very much. (Shaun, please correct me if I am mistaken.)
Real social change takes a very long time.

I stongly believe in the concept of 'equality of opportunity for ALL' Yes, very idealistic, I know, but there you have it.

Syncy Claude I am no ryalist and I treat most royal events with indifference.... although I ended up by chance at a street party for thingy and kate's wedding last year... not planned, just happened!

If I were an Australian I would loom to have an Australian head of state., If I were Canadian I would feel the same, but class consciousness aside (I am from a decidedly working class background myself) I know that there is no real appetite for the abolition of the monarchy here in the UK. THe same goes fro Eurpoe's remaining monarchies.

The Queen has no power whatsoever, that was killed off after the Glorious Revolution and te subsequent Act of Settlement that screwed up the Stuarts, the worst dynasty to sit on the British thrones. By the time of Victoria any politicalinfluence the Royals had pretty much had disappeared too. Any monarch who dd try to wrest back the Royal Preogative from parliament would be slapped down in seconds but perhaps not beheaded outside the Banqueting House!

The alternative? Probably some nonentity politician, although I would ove to see President Mandelson. I'm sure he would love that!

As for the class system, I won't say that it has disappeared fro British society but it is a far wealker force. As with most other places a new overclass has replaced the aristocracy,with thelikes of people like Murdoch becoming the new power brokers in the world (although I lok forward to his fall.. his stock is pretty lousy in the UK at present!)

That is the thing (between others) I admire in Britain: 60 million ardent republicans ready to die for their royals ;-)

Let's behead them as they did in France and in Russia. So much better in those countries now!

In France, first, they continued to behead the aristocrats, then the citizens they didn't agree with, then anybody they took a dislike too. In the name of Liberté, Égalité, Fraternité. Then, some little Napoleons appeared on the scene and decided they had the right to conquer and govern, That cost even more French blood. The French haven't yet been able to recover from all the bloodshed. As soon as they fight in a war, they run away scared, and surrender. Do you blame them? They have no reason to fight for their country. Nobody has ever been really in charge in a firm and satisfactory condition. Sarkozy is a laugh!

Let's talk about Russia. Russians are so much happier today than when they lived under a tsar. Great Lenin. Great Stalin. Great Putin. A Russian can't even go and get his Nobel Peace Prize because he is languishing, probably somewhere in Siberia. Some equality the Russian people gained!!!!!!

The Queen might have no power but she has a unifying presence in the Commonwealth. We still have to report to her. It stops destructive rumbles, and grandiosity dreams from all the mediocre politicians, WE, THE PEOPLE, put in power in our respective countries.

There will always be someone at the top. God save the Queen....until I die!

Looking back at my original comment I notice just one thing I regret: a missing punctuation mark whih may be resposible for making my comment seem hostile to previous commenters, and I swear that was not my intention.
It should have read like this: 'but that's all they are - people, just like the rest of us '
The hyphen was not in the original comment and it's absence made it sound as if I were prosletysing which was not my intention at all.

And thank you, Jams, for putting things in perspective for me.

Not to worry, S.E. I didn't think you were hostile. You just had a different opinion. And it gave me the chance to show off all the history I had learned in 82 years. Not very often I get an audience now. Most of the people just say, "Very nice, Claude" And walk away, in the middle of my speeches, shaking their heads, "There she goes again!"

Lucky, Jams put up with me, and doesn't delete my tirades.