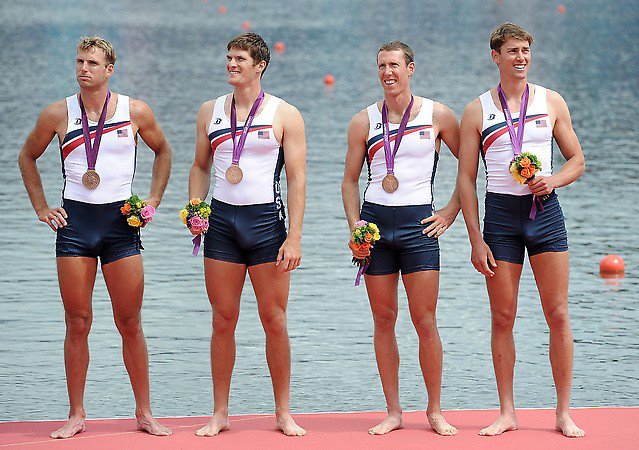 The not-wife seemed to be particularly interested in the medal ceremony for the Men's fours (rowing) on Saturday. It was a particular bulge in shorts of one of the American bronze medalists that had caught her eye. She didn't believe me when I told her that it was where he kept a spare oar.

The rower in question was Henrik Rummel and his protuberance has ben splashed across the internet.  Such has been the interest that Mr Rummel that he has had to deny that there was even a hint of tumescence under the lycra.

This is me and I swear it's not erect! I don't know why it ended up in that position but there you go.

Well if it were erect then who could blame him. I daresay I would show my excitement at winning an Olympic medal!


If it is not erect I will join most of mankind in a fair degree of jealousy!
Posted by jams o donnell at 3:34 pm

Well he will be remembered by people longer than many other medalists!

I thought our guys won the men's fours, beating the UK and Denmark into second and third places. So I assume these guys were just playing with their oars.

They played damn well with those oars!