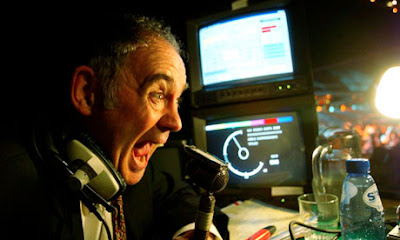 Some people become famous for strange reasons and Sid Waddell was one of these people. Morpeth born and Cambridge educated he became the voice of darts on television. Like many other people I have no interest whatsoever in darts either as a player or spectator but Waddell's idiosyncratic commentary was a joy to hear.

Anyone who could sa things like these when commentating on a darts match is a man to be reckoned with:

"Bob came on like the Laughing Cavalier..now he looks like Lee Van Cleef on a bad night"

But perhaps his most famous quote must be:

"When Alexander of Macedonia was 33, he cried salt tears because there were no more worlds to conquer... Bristow's only 27."

RIP Sid you will be missed!

He sounds a character.

He was that indeed Liz!