No Home Office, No Problem! 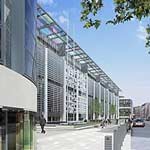 If one has followed the press over the last year one would have gotten the impression that the Home Office has been in a spot of bother what with one thing or another. Home Secretary John Reid is widely reported to be putting together plans to that would solve the Home Office’s problems at a stroke – No Home Office!

Actually the proposal is to split the Home Office into two separate departments, essentially a “Department of National Security” and a “Ministry of Justice”. Each would be led by a cabinet level minister, the “DNS” would take responsibility for counter terrorism, policing and public protection, and immigration (Effectively the current Crime Reduction and Community Safety Group and IND). “The Ministry of Justice” would be responsible for the Justice and prisons system and functions currently with the Department for Constitutional Affairs.

Writing in the Sunday Telegraph Mr Reid vows to take "whatever long-term action is necessary" to reform the Home Office but admits he needs to consider "even more fundamental reform" stating that "Nothing must be ruled out if we are to properly protect the public and ensure that offenders are brought to justice." On a lighter note he does take a swipe at the last Tory Home Secretary Michael Howard: “I may not have been around (as he was) when some of these problems were created. But I take full responsibility for solving them”.

Personally I am not sure whether the Home Office break up is inevitable. One of its key weaknesses appears to be internal communications. Would putting the Immigration and Prisons functions into separate department make it less likely that there would be no repeat of the foreign prisoner issue that cost Charles Clarke his job? On the other hand the Home Office is a a large and complex department. Perhaps the split would improve coherence within the “justice” and the “homeland security” functions. If it does goes ahead then it would be one of the biggest ever departmental shake-ups in Whitehall (or should that be Marsham Street?).

Home Office
Posted by jams o donnell at 9:31 am