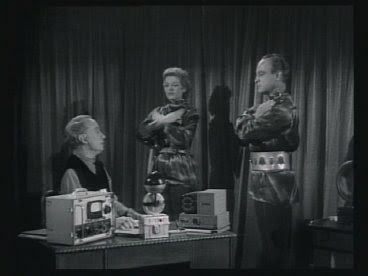 We have come for your children, err weapons
Back in the 80s I often wondered whether we would see the 90s or if we would turn ourselves into a radioactive pile. The events of 1983 (Able Archer, KAL 007) in hindsight show how close we were to Armageddon, while the film Threads caused more than one lost night’s sleep.

But now it seems we were never in danger at all… if a group of former US officers are to be believed (honest!)

According to the Telegraph aliens have landed and deactivated nuclear missile systems, well at least the British and American ones anyway…

The unlikely claims have been compiled by six former US airmen and another member of the military who interviewed or researched the evidence of 120 ex-military personnel.

The information they have collected suggests that aliens could have landed on Earth as recently as seven years ago.

One of the men, Capt Robert Salas, said: "The US Air Force is lying about the national security implications of unidentified aerial objects at nuclear bases and we can prove it…. I was on duty when an object came over and hovered directly over the site. "The missiles shut down - 10 Minuteman missiles. And the same thing happened at another site a week later. There's a strong interest in our missiles by these objects, wherever they come from. I personally think they're not from planet Earth."

Others claim to have seen similar activity in the UK. Col Charles Halt said he saw a UFO at the former military base RAF Bentwaters (or Woodbridge… not that it matters really as Woodbridge and Bentwaters was a twin base) 30 years ago, during which he saw beams of light fired into the base then heard on the military radio that aliens had landed inside the nuclear storage area.

He said: "I believe that the security services of both the United States and the United Kingdom have attempted - both then and now - to subvert the significance of what occurred at RAF Bentwaters by the use of well-practised methods of disinformation." (Ah the Rendlesham forest thingy…..)


And so on and so forth. I suppose the Aliens did the same in the USSR and Russia, China, France etc but would have come a right cropper when they tried to deactivate the Andorran arsenal!
Posted by jams o donnell at 2:36 pm

Email ThisBlogThis!Share to TwitterShare to FacebookShare to Pinterest
Labels: Aliens

Some rather incredible photos of bombs the aliens didn't get to in time at the New York Times.

It might be time for Plan 10 from Outer Space.

They've got Iran covered too, so relax people.

We can rest easy in our beds Kellie!