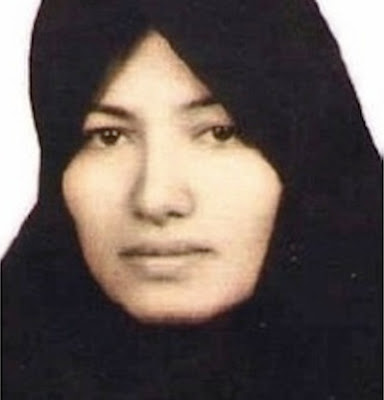 The Iranian authorities have announced that it has suspended the sentence of death by stoning against Sakineh Mohammadi Ashtiani.

Madame Asthiani had been sentenced to die in this barbaric manner after being convicted of adultery. She also has been charged with involvement in her husband's murder. Adultery is the only crime which carries the penalty of death by stoning in Iran. The death penalty for murder in Iran is by hanging. The lawyer said Ashtiani might receive 15 years' jail if convicted of being an accomplice to murder.

The announcement came a day after European Commission President Jose Manuel Barroso called the stoning sentence against "barbaric beyond words", the latest in a string of criticisms

Here’s hoping that this is the last we hear of someone being sentenced to die in such a brutal manner. Sadly I fear not….