For You Hermann the War Should Have Been Over Two Months Ago.

The eleventh hour of the eleventh day of the eleventh month of 1918 marked the cessation of hostilities in WWI, and a bloody day it was too. 2,738 men died on the last day of WWI and a further 8,206 were wounded.

I did know that forces under General Paul von Lettow-Vorbeck in east Africa did not surrender until a few days after the armistice (14 November) but I did not know until today that he was not the last German to offer his surrender. 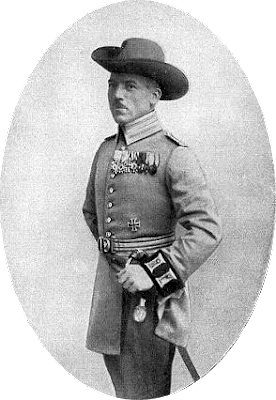 Hermann Detzner was a Schutztruppe (colonial security force) Captain in New Guinea at the start of WWI. In September 1913, Australian forces invaded New Guinea from Papua forcing a surrender of German forces on 21 September . Isolated units surrendered once encountered... except for Detzner

His Wikipedia entry is quite fascinating

UNtil October 1914 Detzner was unaware that there was even a war.  When he did find out he decided not to go into captivity, instead leading  his party of  of four other European officers, and  200 well-armed natives into the remote interior of the island.

For the next four years, Detzner and his band roamed throughout the eastern jungles of the island, eluded the Australian patrols, and maintained contact with the few remaining German colonists and missionaries, who supplied them with food, books, and newspapers.

Detzner did make three attempts to reach West New Guinea, which was then under Dutch control and thus neutral. His escape attempts being unsuccessful for a number of reasons he spent his  time investigating the island's inhabitants and its flora and fauna.

In late November 1918, Detzner received the news of the end of the war. and finally surrendered on 5 January 1919.

After a brief spell as a POW he was returned to Germany where he received a hero's welcome a promotion and an Iron Cross.  He wrote a book Four Years among the Cannibals, from 1914 to the Armistice, under the German Flag which mixed fact and fiction and which eventually led to his disappearance from public life in the early 30s.

I just heard that the last WWI veteran, Florence Green, has died just short of 111.

Thanks for the information. I have just put up a post to mark her passing

What an intriguing man