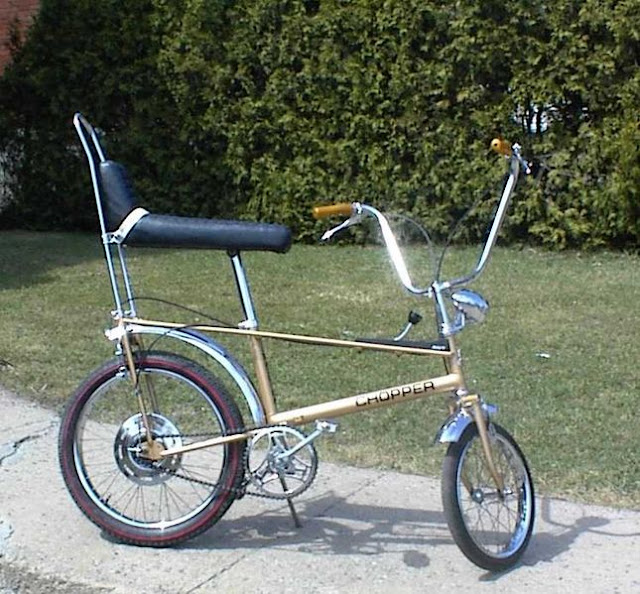 Ask anyone in the street who Alan Oakley was and you will almost certainly get a blank stare. However, if you re of a certain age, the chances are that you rode his most famous creation.

Alan Oakley, who has just died at the age of 85, was the designer of the famous, or infamous, Raleigh Chopper .

Oakley created the Chopper, which is famed for its unusual appearance and car-like gear shifter, after a trip to America in 1967 to get to grips with the nation's youth culture. He drew the initial design for the Chopper on the back of an envelope while flying back from the US.

With an angular seat, a large back wheel and small front wheel, the Chopper was a huge success for Nottingham-based Raleigh in Britain and America, becoming a must-have bike for a generation of children.

Relating how her husband fine-tuned his design, Karen Oakley said: "Alan had been over to America looking to pick up a design for a bike. While he was flying back, he had an airmail envelope and just drew this bike on the back of it and that was that, the creation of the Chopper."

Well there you have it. I never owned a Chopper myself and never wanted one. I thought they were rather ugly  and the one time I tried to ride one I fond it , let's say, a painful experience. Still it was a definitely the bike most children wanted in the 70s and who can argue with that!

RIP Alan. You brought plenty of pleasure, and not a few bumps and grzes, to many of the kids of my generation!
Posted by jams o donnell at 1:58 pm

It was indeed the bike most children wanted in the 70s,… until they owned one. I had a Chopper for all of a week, and like you found it a painful experience. Today's equivalent is the diminutive BMX bike ridden by gangly yoofs in hoodies, with legs bent permanently as a result of their utter stupidity. Plus ça change,...

I regular 3-speed with a bell and a basket has always been my style.