Last night BBC2 ( go here to see it online) showed a documentary on the abuse victims of Father Brendan Smyth and Cardinal Brady's involvement in what happened when his abuses first came to light in 1975. 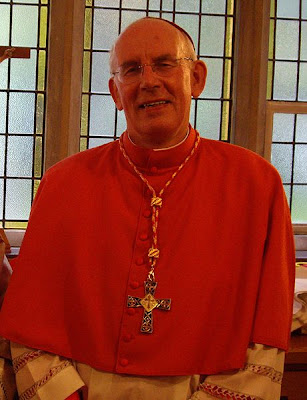 Brady (above) was part of an investigation in 1975 into one of Ireland's worst paedophiles. Smyth had already abused at least five children, but, despite the investigation, no action was taken to control Smyth. The children were sworn to secrecy and the parents were not informed of the abuse. Smyth abused one child cor a ear after the investigation, he then abused that child's sister for seven years. He abused many others before his arrest and trial in 1994. He was sentenced to twelve years in prison and died in prison three years later. He is shown in the photo below 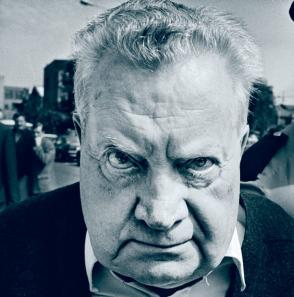 The documentary clearly showed that Brady was heavily involved in the investigation, and more than a simple notary as he and the church try to portray. Brady, himself blamed superiors for failing to stop the priest abusing over the next 20 years.

According the the Independent Brady stated "I was shocked, appalled and outraged when I first discovered in the mid-1990s that Brendan Smyth had gone on to abuse others," he said.  The Primate insisted responsibility for the Smyth scandal does not lie with him. He blamed Fr Kevin Smith, the superior in Smyth's Norbertine Order. He also claimed his role in the internal Church inquiry had been deliberately exaggerated and misrepresented in the documentary.

It does not matter if Brady was a small cog in the church's machine back in 1975 he was party to information which clearly showed that a fellow priest had committed serious criminal offences.  The failure of the church to do absolutely nothing to stop Smyth is a disgrace - his trial in 1994 was a factor in bringing down the Irish government - but to blame others for their inaction when he had every opportunity to stop a monster. Trying to say that he had a minor role in the 1975 investigation holds no water.

If Cardinal Brady was a man of honour he would retire to a quiet room with a bottle of whiskey and a revolver. If he had any common sense he would resign forthwith. Clearly Brady has neither honour nor sense; he is simply an arrogant, and pathetic little man dearly clinging to a position he is not fit to perform.

The Cork-based Examiner and the Belfast Telegraph take the view, and clearly so, that he must go.

The Tanaiste (Deputy PM) Eamon Gilmore has also said he should resign, but after Enda Kenny's speech to the Dail last year, I doubt he listens to TDs of any stripe any more!
Posted by jams o donnell at 7:51 pm

"with a bottle of whiskey and a revolver".

I can easily see him taking the first, but the second? A man of cloth with a gun? Nah. Poison will be the choice, I guess.

Offer him a poison chalice, literally!

Well, I feel tempted to open that very drawer in which I collected uncounted 'bahd words', as Mrs. Doyle would say.
But I suppose Brady would take it wrong. Poison in German is Gift, which is present in English which is Geschenk in German. Alas ...

Ah Sean, a gift from Germany would do the trick nicely!